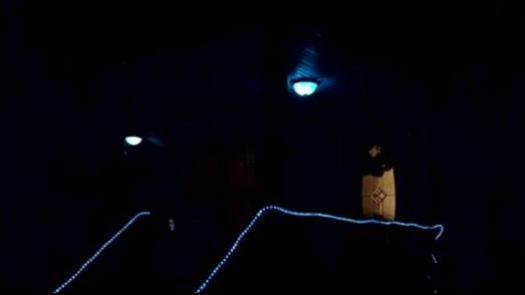 Wauwatosa- A movement to support police around the country is spreading on social media for “Blue Light Week”.

This is a national movement to honor fallen law enforcement officers. In Wauwatosa, they've had their very own blue light movement because of a tragedy that took the life of one of their officers.

That police officer was Jennifer Sebena who was slain to death on Christmas Eve two years ago.

Sergeant TJ Alioto of the Wauwatosa police department says, “Losing officer was devastating to our department. The tragic loss of officer Sebena has made local law enforces realize why they serve their citizens.”

Sergeant Alioto furthered in saying that tragic occurrences and loss bring together the law enforcement community, and it reminds them of why they risk their lives every day.

The blue light movement is a representation of the law enforcement between good and evil, according to Sergeant Alioto.

Recently the blue light movement marked its presence on social media, and some say they are not surprised by the public's response.

“I think most people support the law enforcement community. Daniel Jessup started this and I think it's a very good thing that he is using social media Face book and I think over last few days he has gathered 34 thousand followers to support law enforcement and I think that's great, “said Alexander Ayala- with the Latino Police Officer Association Chapter in Milwaukee.

The blue light movement starts January 1st and runs through Jan 7th. Law enforcement officials are encouraging people to change their home light bulbs to the color blue to show solidarity and remembrance to fallen officers.