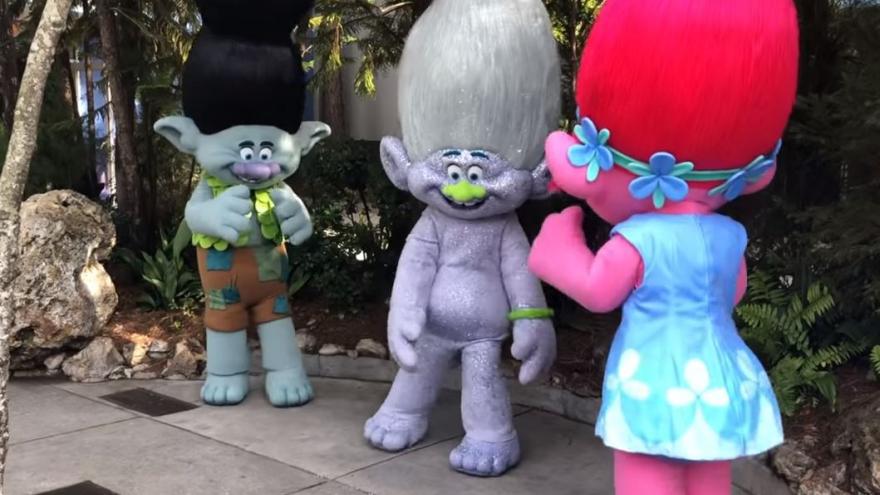 The character brings to life Guy Diamond from the animated DreamWorks film Trolls.

A tweet from Attractions Magazine shows Guy dancing with fellow Trolls characters Branch and Poppy before turning around and releasing a puff of glitter from his behind.

The DreamWorks website describes the character as having "heaps of body confidence and a unique idea of personal space. He is a party on two feet." In the 2016 film, Guy Diamond was voiced by Big Bang Theory actor Kunal Nayyar.

According to the schedule on the Universal Orlando website, visitors can meet the trolls at KidZone six times a day. Attractions Magazine reports that at this time, Guy Diamond is only making appearances on weekends.