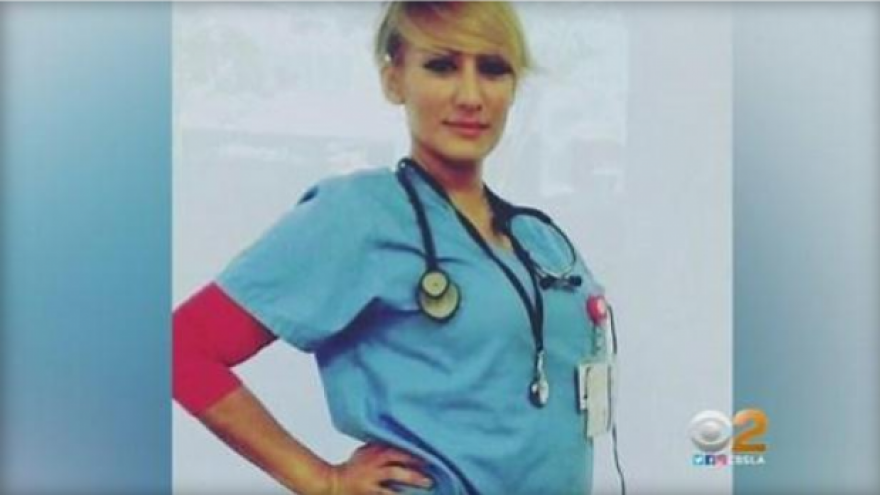 LINCOLN HEIGHTS, Calif. —  (CBS NEWS) The mystery into the fatal shooting of a mother in Lincoln Heights continues.

The woman was gunned down in the streets. Her killer is still at large, authorities said.

“She was amazing and we’ve always had each other’s back. So to not to have her, it’s not real yet,” said Andrea Joseph about her little sister Judy.

Andrea and her brother spoke exclusively to CBS Los Angeles at the location where their sister was fatally shot.

“She was strong willed, and smart, and witty and loud and out there,” says Andrea.

35 year-old Judy Solorio’s voice was silenced late Friday night in Lincoln Heights. Andrea says Judy — who lived in Cypress Park — had just eaten at a Jack In The Box  with a friend then parted ways as she headed to another friend’s house.

Around 11:30 p.m., she walked down Ave 26 and came up Barranca Ave. Neighbors told Andrea what they heard.

Around midnight, a neighbor coming home from work saw Judy’s body and called 911.

The siblings are not aware of any enemies or anyone who would want to harm their sister.

Andrea says her sister had been working as a medical assistant and biller for years and was trying to start her own business. She wanted to make sure her two sons got a great education and didn’t get involved in gangs — a world she got out of as a teen.

“If we had some answers we would be able to say whoever was responsible for this was caught and justice will be served for your mom,” said Andrea.

She is pleading with anyone who has information about her sister’s murder to call the LAPD. She understands people may not want to cooperate with police out of fear of retaliation, but this family needs to know who  murdered their sister — and why.

“Help us find whoever killed my sister and bring some closure to our family please,” Andrea says.