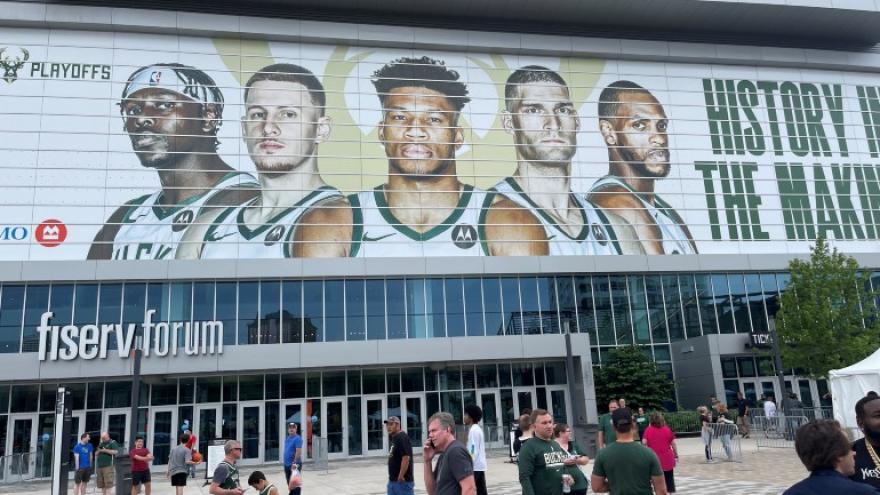 MILWAUKEE (CBS 58) -- A stunning upset for the Milwaukee Bucks in Game 4 of the Eastern Conference finals after the team fell to the Atlanta Hawks.

Giannis Antetokunmpo's hyperextended knee injury also has fans worried about the rest of the series.

Fans, like Michael Arndt, reacted to the Bucks star getting hurt.

"Oh no! Because, Jesus Christ, your knee isn't supposed to go that way," said Arndt. "And I respect him and I respect our team and I want us to win. But most importantly I want Giannis to be healthy and happy."

"Yea, like my stomach sank," added fan Curt Krahenbuhl. "It's a bad feeling cause I think we have a great chance to win the whole thing this year. So, when he went down, I'm just crossing my fingers that it's not very bad."

Still on Thursday night, July 1, thousands of fans will pour back into the Deer District with renewed energy and confidence in the Bucks.

And while it won't be 'Bucks in five,' as many had hoped, fans are still standing by their team.

This includes folks as far as New York.

If you're heading out to the Deer District Thursday night be sure to come through the south entrance near the Pro Shop and the overflow area.