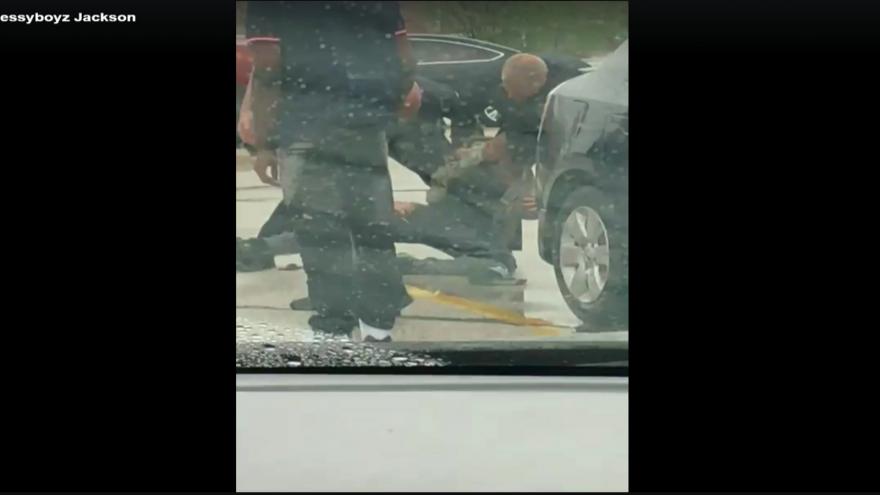 MILWAUKEE, Wis. (CBS 58) -- The mother of a 17-year-old who was punched during an arrest at Mayfair Mall has released a statement.

Tywona McCann released a statement which in part said that the family will be looking into all possible legal avenues.

Wauwatosa Police say their responding officer attempted to speak with the teenager who refused to stop. Police also say the teen then began to physically fight with the officer. The arrest was caught on a cell phone video that has been circulating online. Wauwatosa Police also released additional footage and say they have begun their "use of force" review of the incident.

Police say they expect the investigation to be completed sometime next week.

You can read McCann's complete statement below,

"Last Friday, while I was attending a family funeral out of state, I received a phone call that no parent wants to get: my son had been detained by police. I was scared and worried about my son. I came home as soon as I could to deal with the situation. When I got home, my fear turned into terror when I learned that my son had been repeatedly punched in the face by a police officer while a mall security guard held his arms behind his back. As a society, we owe it to our children to do better and to hold accountable those who violate the constitutional rights to which we are all entitled. No parent should have to witness their child being beaten by the police. No parent should have to worry that when their child goes out in public the people who are meant to keep them safe are actually a threat. No child should have to live in fear that innocent behavior could result in an arrest. No child should have to fear that they will be punched in the face by a police officer. My family is currently looking into all possible legal avenues available to us for what happened to my son on May 11th."