My college degree is worthless 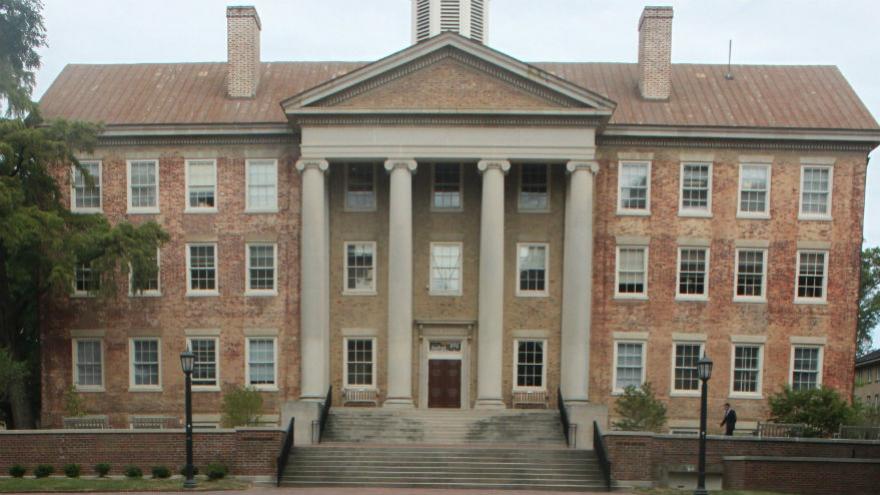 Students across the country are shelling out tens of thousands of dollars for degrees that end up being completely worthless.

Rosalyn Harris, an unemployed single mother who had never gone to college, thought getting a degree would be the ticket to a new life. So at age 23, she enrolled in a two-year criminal justice program at for-profit Everest College in Chesapeake, Va.

But the wealth of job opportunities the school had touted never transpired, and all she ended up with was more than $22,000 in student loan debt. She said classes were terrible, she didn't receive any of the training she needed, and as a result, she spent months after graduation searching for criminal justice jobs without ever getting a call back.

Desperate to start paying some of her bills, Harris eventually applied for any entry-level job she could find. A full year after she graduated, she finally found a minimum wage job stocking shelves at Victoria's Secret.

\"My sole purpose of going to school was bettering my life for me and my son,\" she said. \"But now I wish I had never gone.\"

Everest is a member of for-profit behemoth Corinthian Colleges, which has been accused by federal agencies of operating a predatory lending scheme, preying on low-income students and falsely inflating job placement numbers. Corinithian is currently closing and selling its schools, leaving thousands of graduates on the hook for loans they took out.

A Corinthian spokesman confirmed that Johnson graduated in good standing, but it was unable to place her in a job. He said the school did provide her with career assistance and claims the criminal justice program has a 75% job placement rate, which he said is \"a strong outcome for any educational program.\"

He also disputed the allegations against the school, noting that Corinthian's student loan default rate (of up to 27% for its Everest College campuses) is lower than other community colleges and its graduation and job placement rates are higher.

And while Corinthian has a particularly bad reputation, the for-profit college industry as a whole is often criticized for luring low-income students with false promises and failing to provide educations that qualify students for jobs.

Not only that but for-profit schools are generally double or triple the cost of public institutions like community colleges, and the default rate (19% last year) was the highest of all sectors.

Vantrell Echols, a 36-year-old from Georgia, wishes he never received a phone call from for-profit Lincoln College of Technology back in 2008. He said the school spent six months convincing him to enroll -- promising to provide all the training and help he needed to find a high-paying computer science job. He had been unemployed for more than a year and he was desperate, so he gave it a shot.

But upon enrolling in the computer science program, he said the quality of education \"was a complete joke\" and job assistance was nonexistent.

\"They sold many of us dreams about helping us, getting us qualified to work, to help us with jobs, [but] I had to ask fellow students to help me because the teachers wouldn't. Many of us graduated with honors but didn't learn anything in our fields,\" he said.

Lincoln Educational Services president Scott Shaw defended the school's reputation to CNNMoney, touting its 75% job placement rate and pointing to examples of successful graduates like the CEO of VMWare (who graduated in 1979).

But Echols said that after accumulating more than $20,000 in debt to attend the one-year program, he wasn't able to find a single job in computer science. He's still unemployed, is now homeless -- and he is convinced he'd be better off without the degree even listed on his resume.

He says multiple employers have told him that they don't view his degree as credible because of the for-profit industry's reputation and because other people they've hired from the school haven't had the necessary skills for the job.

\"They've ruined my life and the lives of many of my classmates,\" he said.

Shaw said extensive career assistance was provided to Echols and that he isn't sure why Echols couldn't find a job. \"There's only so much we can do -- at some point the student has to partake,\" he said.

But these kinds of stories are popping up so often that even the Obama Administration took action this week. Going forward, for-profit colleges will risk losing federal student aid if average loan payments of graduates exceed 20% of discretionary income or 8% of total earnings.

\"Too many hard-working students find themselves buried in debt with little to show for it,\" Secretary of Education Arne Duncan said in a statement.

Senators Jeff Merkley of Oregon and Tom Harkin of Iowa are pushing for legislation that goes a step further. They argue that a loophole in federal laws allow some institutions to offer programs that aren't licensed or accredited at the state or federal level. That means graduates end up with degrees that may sound legitimate but are meaningless to many employers.

The two senators introduced legislation last month aimed at cracking down on these \"worthless degrees.\" The legislation would require courses to be licensed before allowing schools to accept federal money like student loan dollars or financial aid.

\"Passing this bill will ensure that a college can no longer charge thousands of dollars for a degree that does not prepare them to work in the field they were promised?,\" according to a statement about the bill.