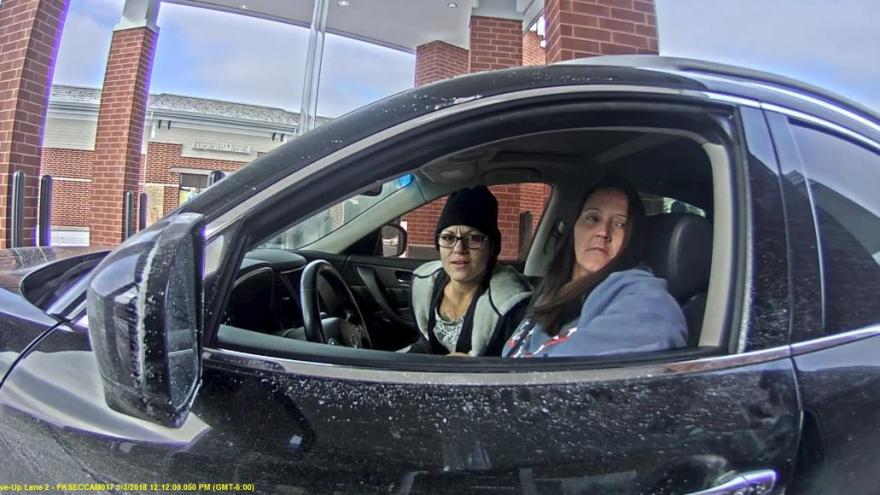 MUSKEGO, Wis. (CBS 58) -- On Wednesday, January 3 around 12:50 p.m. two women drove up to the drive through lane of Summit Credit Union on Moorland Road in Muskego in a dark colored Infiniti SUV.

The passenger gave the clerk a drivers license which had been reported stolen three weeks earlier. One check to the women was cashed for $1,800 and then the suspect tried to cash another check but the teller became suspicious and the car drove off.

Investigators learned that additional checks for similar amounts were just cashed from the Summit Credit Union in Franklin.

Police believe the suspect stole multiple checkbooks from multiple victims and wrote checks to the name on the drivers license to cash them.