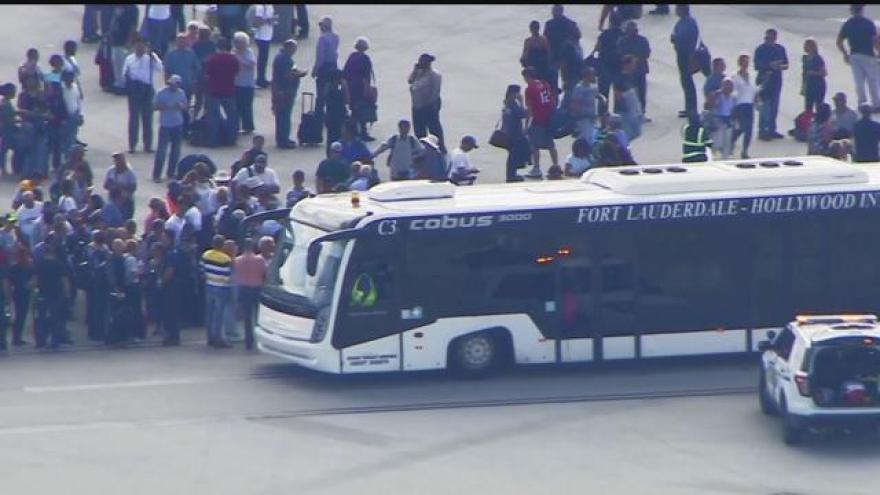 UDPATE: There is more police activity at the Fort Lauderdale airport.

"We thought this was over -- perhaps it's not," @CBSMiami anchor says as more police activity at FLL is witnessed https://t.co/J54RiABFFl pic.twitter.com/26ImrBIUrL

There are reports of a shooting at the airport around 1 p.m., according to Broward Fire Rescue.

Multiple patients have been taken to the hospital. At least one was taken to Broward General Hospital.

Chopper4 was over the scene as travelers were being shuffled around the tarmac near the Delta Airlines terminal around 1 p.m. Crime scene tape was also up in the arrival area of the airport.

Airport officials are only saying there was an ‘ongoing incident’ in the baggage claim area of Terminal 2 which has been closed down.

Federal Aviation Administration officials said the south side of the airport is operating but not the north side – where the incident happened.

Delta and Air Canada Flights are affected by this incident.