Kenosha County: Woman who got out of car following crash on I-94 struck and killed identified 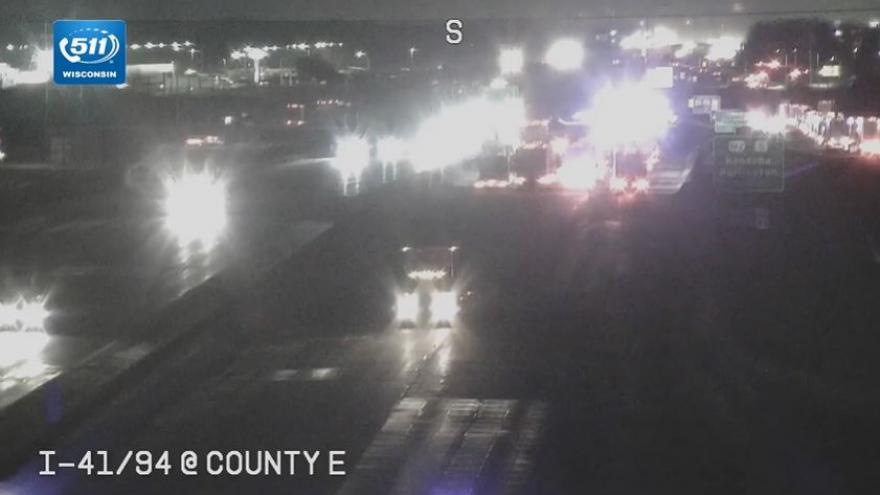 KENOSHA COUNTY, Wis. (CBS 58) -- Authorities identified the woman struck and killed by a vehicle on I-94 in Kenosha County, as 34-year-old Kristina Pacheco of Milwaukee.

KENOSHA COUNTY, Wis. (CBS 58) -- A 34-year-old woman was pronounced dead after she was struck by a vehicle on I-94 in Kenosha County Monday, Feb. 8. Officials say the woman was involved in a crash and had gotten out of her vehicle when she was hit.

According to the Kenosha County Sheriff's Office, the Somers Fire Department responded to the 2400 block of I-94 southbound around 7 p.m. An initial report indicated a 2003 Chevy Suburban rear-ended a semi in the far right lane.

Officials say the driver of the suburban, identified as a 34-year-old Milwaukee woman, got out of her vehicle and attempted to cross the interstate toward the median when she was struck by a 2015 Chevy Traverse.

The operator of the Traverse was identified as another 34-year-old woman from Milwaukee. The driver of the semi was a 39-year-old Pewaukee man.

Authorities say both individuals are cooperating with the investigation and no intoxicants were detected.

The investigation is still active. Anyone with information on this incident is encouraged to contact the Kenosha County Sheriff’s Department Detective Bureau with any information regarding the crash at 262-605-5102.

An investigation into the incident is underway.

The sheriff's department says traffic will be diverted off of the interstate for the next two-three hours.

Drivers are asked to avoid the area and use alternate routes.