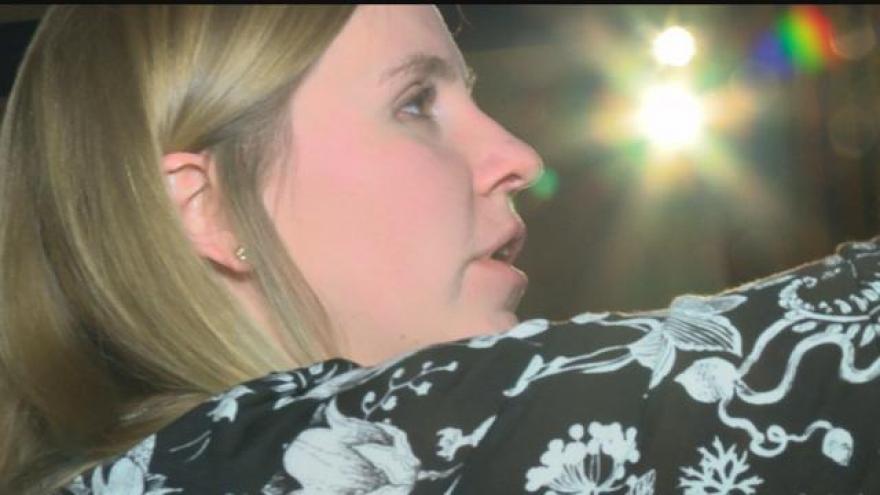 The Grammy Awards are one month away from airing on CBS 58 and you might be surprised to find out that a Milwaukee teacher is a finalist in one category.

Erica Breitbarth, 29, is the music director at Reagan IB High School. She is one of just ten people up for the 2017 Grammy Music Educator Award.

CBS 58's Jacob Kittilstad caught up with her while she prepared - not for the ceremony - but for her school's upcoming performance of the Addams Family Musical.

"For my students I think that it's really important that we not only make quality art together, but that we create a place that students can trust each other, where they can be vulnerable, where they feel like they can be at home," Breitbarth said.

Her students say that she's been effective in reaching her goal.

"When she's teaching you kind of just want to make her happy. Like sometimes we'll be singing and she'll say 'Wow, you guys sound really good today' and that's just extremely satisfying to hear," Victor Greaves, a senior, said.

"A lot of music students, they push themselves to meet her expectations. And I think that's the reason why we get far," Alexis Nungaray, a junior, said.

But the program at the school wasn't always successful. In fact, when 'Ms. B' started teaching here in 2009, there was no music program.

"My students have told me that the thing that they are most afraid of is disappointing me so I think they kind of see me as an older sibling or, for some of them, I'm like a mom. And some days I have to play the mom card, some days it's the friend card," Breitbarth said.

And people have noticed. A fellow staff member nominated Breitbarth for the Grammy Educator of the Year Award. 3,300 people entered. The foundation recently revealed that she had made it to the top ten.

"Oh, [my students] were totally pumped. I mean, they were so excited. I mean, it's exciting for me but I think it's exciting to see the spotlight be put on them and the work that they're doing," Breitbarth said.

"She tries her best to put herself in our shoes. And she just helps us out wherever she can," Nungaray said.

That sense of community and openness - she says - is just as important as the music they make, bringing together all sorts of different backgrounds in Milwaukee Public Schools, including her own.

"To us she's some kind of superhuman that does everything. but then she tells us these stories and we're like 'oh, you were just like us at some point'," Greaves said.

As a finalist 'Ms. B' has already won $1,000 for her program and another thousands for herself. If she wins the category she will get the same deal - but $10,000 apiece.