NOW: MPS Board to consider new mask requirement standards amid concerns over proposal

MILWAUKEE (CBS 58) -- The Milwaukee Public Schools Board is set to consider a new COVID-19 mask policy at its meeting scheduled for Thursday, July 27, but the proposal has drawn concerns as spread of coronavirus remains prevalent in the community.

The proposal put forth by MPS Superintendent Dr. Keith Posley uses only percent positivity of COVID-19 cases in the city to determine when face coverings would be required in the district. When that figure reaches 10 percent or higher, masks would be required for MPS students and staff. 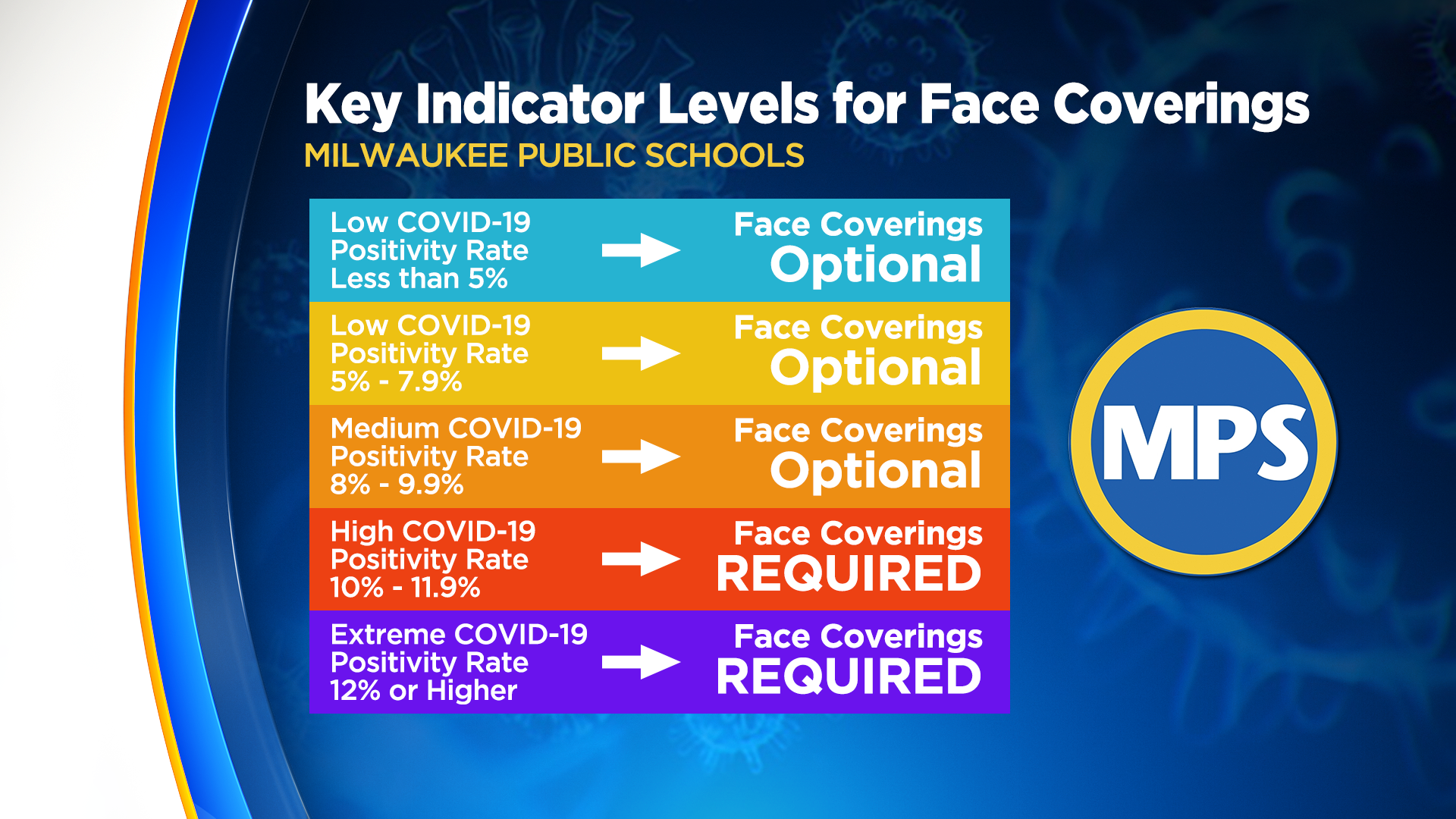 But only using the positivity rate from COVID-19 tests goes contrary to what is used by the City of Milwaukee Health Department and Centers for Disease Prevention and Control. Both entities use multiple metrics including new cases per 100,000 people, new hospital admissions and percent of inpatient beds occupied by a COVID-19 patient.

Weston said using multiple metrics as recommended by the CDC gives a fuller picture of spread in the community. That's because some factors, like more people using at-home tests instead of public health testing, leads to an underreporting of cases.

Range of reactions to proposal

The proposal form Posley received mixed reactions, including from Green Bay republican congressman Rep. Mike Gallagher who expressed fatigue at the mention of masks being potentially required for the district.

Rep. Gallagher slams the MPS Superintendent's anti-scientific proposal to once again mask kids in school and calls on the school board to reject this proposal.

"Have you learned nothing over the last two years...? This would be so stupid it's hard to put it into words." pic.twitter.com/HNoFKYAJEn

"These bureaucrats want to go back to that and punish our kids further, because of their own fear?" Gallagher said in a post on Twitter. "Please, MPS board, reject this."

There's also concern the new proposed standards are too lax.

Proposal set to be presented Thursday

The MPS School Board is set to meet Thursday night.

More info about the agenda can be found HERE.

The proposed plan can be found below: