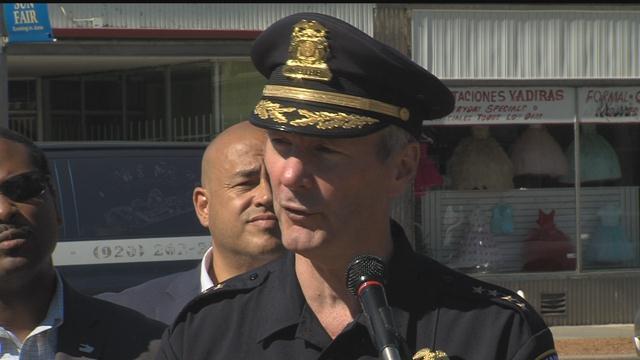 Milwaukee Police say its no secret that more crime happens in Milwaukee in the summer and that's why Tuesday city officials unveiled their plan to keep crime rates down this year.

Mayor Tom Barrett says the good news is besides carjackings, crime rates are down in Milwaukee compared to last year but especially in summer their job is never done.

"Our goal is to move those foot and bike officers around in clusters of beats so more people will see them in a public space," said Police Chief Ed Flynn.

Because Milwaukee police want you to feel safe no matter where you go, these foot and bike patrols wont just be in the neighborhoods with the highest crime you'll even find them downtown.

Which is why Milwaukee police is training service industry workers and business owners.

They're encouraging both patrons and workers to "see something...Say something" if they notice anything suspicious.

"With everything going on in the world today its  critical we all get trained," he said.

And while the training can be applied to situations like what happened at the Pulse night club in Orlando, Shaikh says especially during the busy summer season, it can guarantee all his guests are safe.

"There are things when alcohol is involved where we start to see the start of an altercation; having someone to contact, someone that would diffuse it," said Shaikh.

If you feel unsafe or want to report something in Milwaukee, or anywhere in the state of Wisconsin, call 877-WI-Watch.