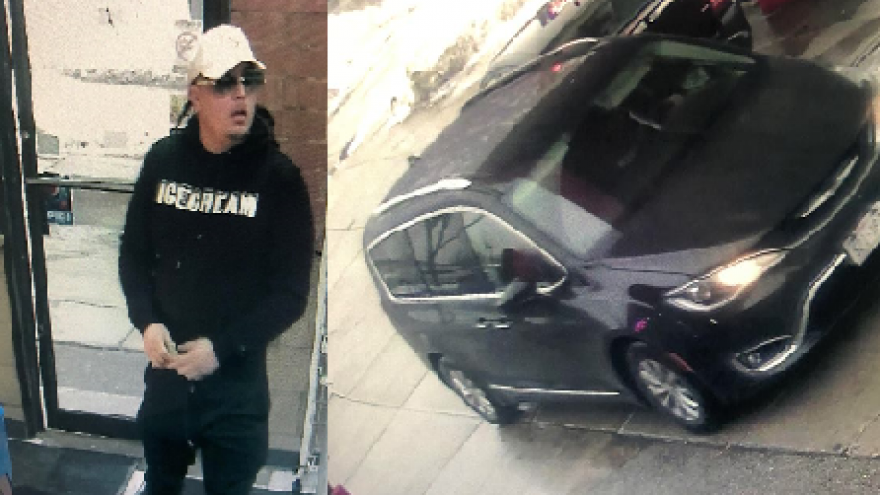 MILWAUKEE (CBS 58) – Milwaukee Police are searching for two people wanted in connection to a shooting on February 23 near S. 12th Street and W. Arthur Ave.

The first suspect is described as a Hispanic man, 30-31-years-old, 5’9”-5’10” and 180 pounds. He is described as having long, shoulder length black hair in two braids. He was last seen wearing a white hat, black sweatsuit with “Ice Cream” written on the chest.

The second suspect is described as a Hispanic man wearing red.

Anyone with information is asked to contact Milwaukee Police.