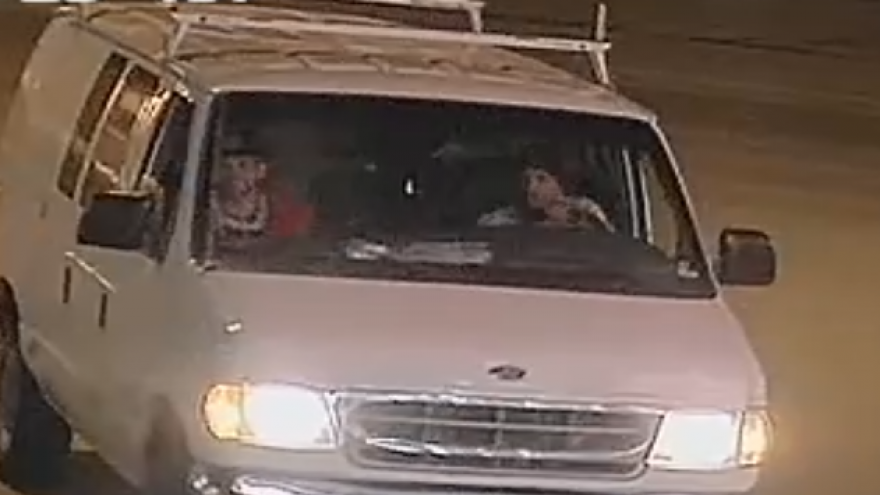 Milwaukee Police are seeking two suspects wanted in connection with an armed robbery in the 100 block of E. National Avenue around 2:30 AM on Tuesday, June 20.

The suspects approached a 34-year-old Milwaukee man and one of the suspects implied he had a weapon. The suspects stole cash from the man and then left the scene in a van.

The van is described as a white Ford Econoline with a ladder and mounting rack on the roof. The van has Wisconsin plates 638-TNW but those plates do not list to the van. There is no license plate on the front.

The suspect who got into the passenger seat is described as a Hispanic man, around 5’7” tall, 150 pounds, with a dark complexion, and was last seen wearing a red zip-up hooded sweatshirt and dark pants.

The driver suspect is described as a Hispanic man, around 5’8” tall, bald, and last seen wearing a white t-shirt.