MPD looking for strong arm robbery suspects that got away with over $1,000 in merchandise from Kohl's 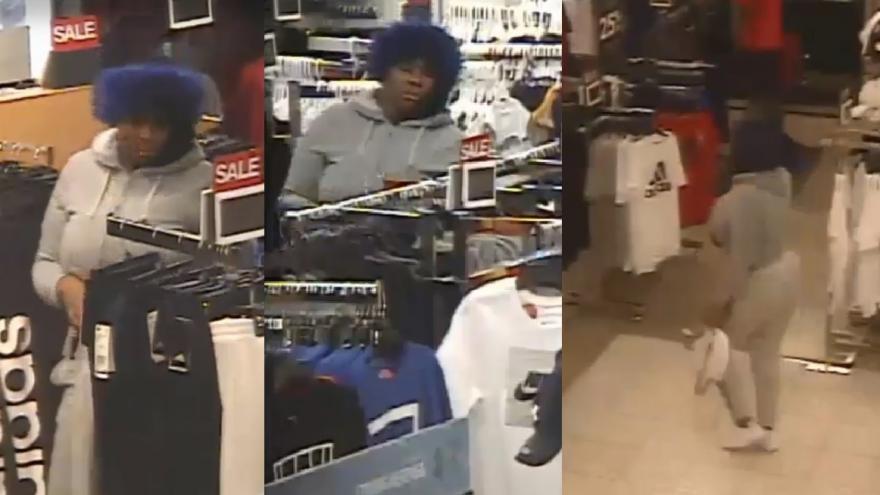 MILWAUKEE (CBS 58) -- Milwaukee Police are asking for the public's help to find suspects wanted in a strong-arm robbery that happened at the Kohl's on 27th Street just north of Howard Avenue.

One suspect attempted to conceal clothing and when confronted by store employees a physical altercation happened. The employee suffered minor injuries.

The first suspect is described as a black woman about 5'8" tall with a medium build and long braided hair. She was wearing a blue fur headband, gray hoodie, gray sweatpants and white Adidas.

The second suspect is described as a black man in his early 20s. He is bald and was last seen wearing a black hoodie with a red shirt underneath.

The suspects were driving a car described as a blue, older model Ford SUV possibly a Ford Escape. The car had a temporary license plate of R52935 but the plate is not listed to the vehicle.

The suspects were able to get away with over $1,000 in merchandise.