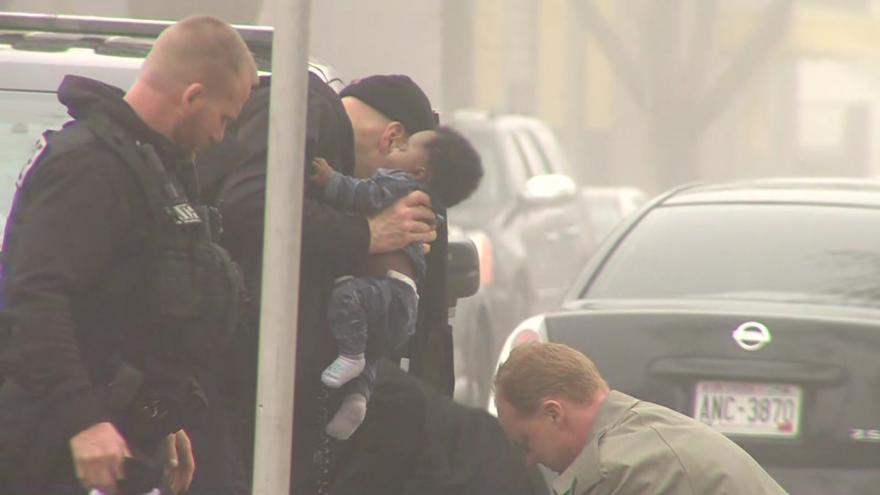 Authorities say a 14-year-old and 16-year-old girl were arrested in connection to the abduction of Anthony Crudup Jr.

Anthony was found safe in a home near 44th and Fiebrantz Wednesday afternoon after he was reported missing that morning.

The caller told police she had allowed multiple people to stay at her residence and fell asleep. When she woke up, she noticed the people were gone and her 3-month-old child was missing.