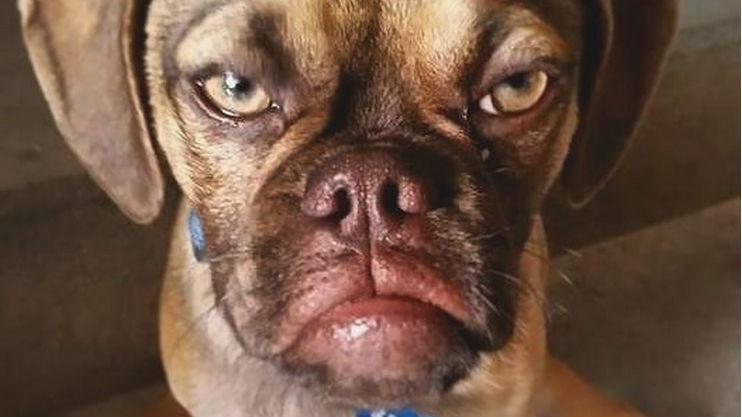 (CNN) It's been a great week for pets on social media.

Are you over pictures of your friends' food or tweets about how miserably hot it is? You need only look to the animals.

First up is the latest in sour-faced pets: A pooch named Earl is being touted as the canine answer to the famous Grumpy Cat.

\"He has had the grumpy expression from day one,\" said Bloomfield, whose dog already has millions of fans thanks to his Facebook and Instagram accounts. \"The vet said he's as healthy as any other puppy. He just looks grumpy because of his underbite, wrinkles and dark complexion.\"

Earl's not the only cuddly dog scoring tons of likes and shares.

Tonkey the Shar-Pei is setting the Internet on fire with her look, which appears to be one part dog, one part bear and all parts adorable.

Tonkey's owner, Christine Park, wrote a piece for Bored Panda headlined \"My Dog Looks Like a Bear and Has More Friends Than Me.\"

In just eight weeks, Tonkey has racked up more than 100,000 Instagram followers, her owner says.

Park says she just wants her pup to stay grounded amidst all this internet fame.

\"If I could say one thing to my dearest Tonkey, it would be this: I love you, dogchild, don't forget we started from the bottom; I am trying my best to be happy for you,\" Park wrote.