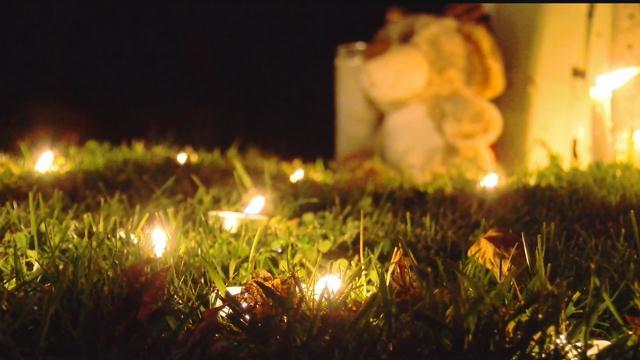 This Thanksgiving weekend was particularly violent with five shootings since Friday evening. In three of those, the victims died.

Saturday night family and friends are mourning the loss of one man they say would take his shirt off his back for another.

"I don't believe it, it's just hurtful. He didn't deserve this," said one mourner.

Tearful remembrances at the same corner 34-year-old Tony Vance would take his last breath. His younger brother was waiting for Vance to pick him up, but he never showed. "I was calling his phone, no answer, texting him, no answer and then my sister called me and was like, 'our brother gone' and I'm like, I don't believe it."

Police say Vance was driving near Sherman and Townsend streets Saturday afternoon when someone fired into his car. He lost control crashing headfirst into a pole.

Family and friends say they can't imagine him having enemies, "he's never been like the violent type, he never started stuff with people, like, he would give his last."

Vance was one of three people shot and killed this Thanksgiving weekend. On 27th and Wells, a 47-year-old woman and 30 year-old man were shot. Paramedics revived the woman at the scene, but she later died at the hospital. Near 34th and Florist Avenue a 20-year-old was shot and killed.

An 18-year-old neighbor had a powerful message for young men caught up in the violent lifestyle, "they changed so much because of it. And they found themselves in a position they couldn't get out of, and I just want them to stand up. Just stand up, be strong, and don't be afraid to be yourself...it's not even worth it in the end."

In each of those cases, police are still trying to figure out motives and suspects. As of Sunday night no one has been arrested.