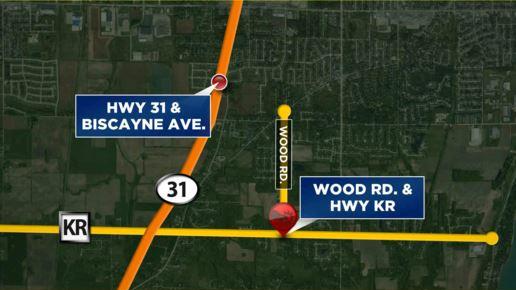 Mount Pleasant Police are investigating a high-speed pursuit and resulting crash that happened around 10:30 p.m. on Thursday, August 14.  An officer first observed a car going 80 miles per hour in a 35 miles per hour zone at Highway 31 and Biscayne Avenue.  When the officer tried to make a traffic stop, the car refused to stop and began a short chase.  Eventually the officer stopped the pursuit and the driver kept going along Wood Road.

A short time later, the vehicle lost control during a turn and crashed into a ditch at Wood Road and Highway KR.  The driver, 24-year-old Alex Sugent of Mount Pleasant, was uninjured and surrendered himself to police at the scene.

Sugent admitted to drinking, but was not legally intoxicated at the time of the crash.  He told police he sped off to avoid a ticket.  He was taken to the Racine County jail where he was held on charges of felony fleeing and eluding and 1st degree recklessly endangering safety.