Motorist captured on Snapchat driving with foot just before crash 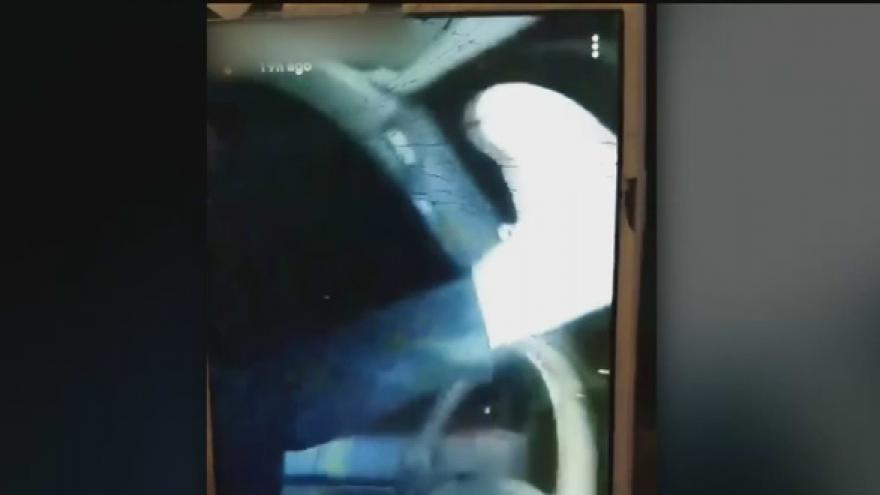 SANTA CLARITA (CBSLA) — The driver behind the wheel of a crash in Santa Clarita Monday night was captured on Snapchat with his foot on the wheel moments before the incident.

Shaiela Phillips says her 21-year-old daughter and 20-year-old son were passengers in the car and survived. The condition of all five people involved in the crash was not immediately known.

“I was really mad. I was mad at him being irresponsible with other people’s lives — especially with not one, but two of my children,” Phillips said.

Phillips, who lives in Utah, her daughter took the video 15 minutes before the crash.

She says her daughter told her the driver was drinking before colliding with another car.

“What she did tell me in the afternoon was that they were driving at an excessive speed and she had asked the driver to slow down numerous amount of times and to also trade places with another person in the vehicle who was I guess more sober than they were,” Phillips said.

Looking at photos of the crashed cars is upsetting to Phillips because she told her kids never get in the car with anyone under the influence.

“I will definitely be asking them why. Especially when I taught them so much better and they know exactly what can happen,” she said.

The sheriff says they’re waiting on the toxicology report.

No arrests had been made at the time of this report.