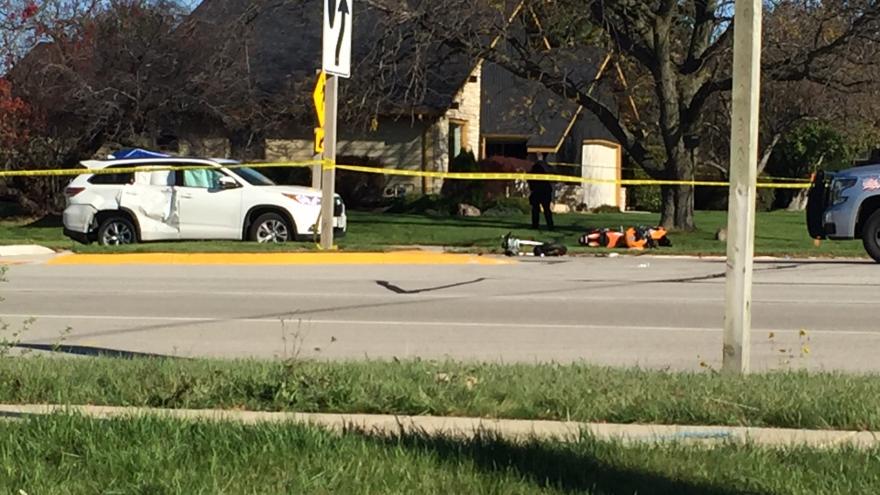 OAK CREEK, Wis. (CBS 58) -- Oak Creek Police responded to a car crash on Sunday, October 29 around 1:10 p.m. The crash was reported in the 7600 block of South Howell Avenue between Drexel and Rawson near Greenlawn Park.

According to police, a SUV and a motorcycle collided and the biker died at the scene.

The circumstances leading up the crash are under investigation.