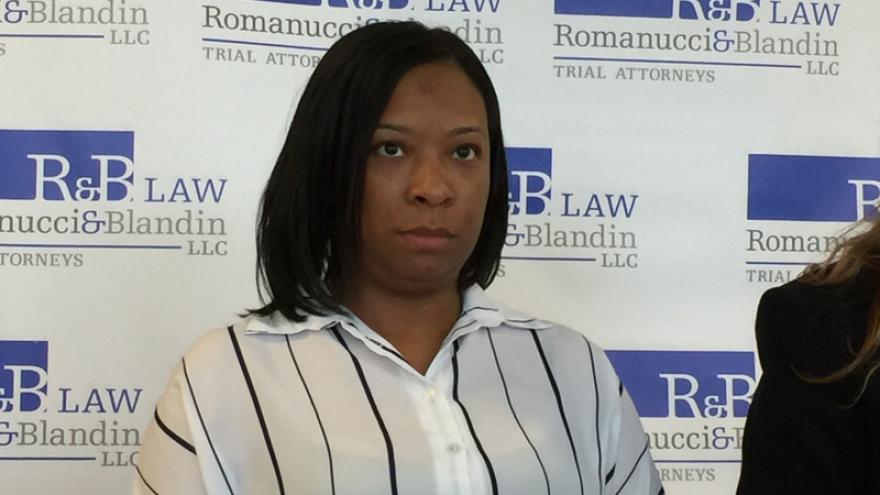 The body of 16-year-old Desiree Robinson was found in a garage in Markham.

A 32-year-old man has been charged with the murder, a man prosecutors say had paid for sex and met Robinson through Backpage.com.

Robinson’s family said she never would have met that man if people who were acting as pimps hadn’t taken an ad out in Backpage.com, an ad featuring Robinson.

“The events that led to Desiree Robinson’s death took place because she had become a victim of sex trafficking and was featured in solicitation posts on the controversial website backpage.com. Backpage.com is the subject of a number of investigations around the country for alleged sex trafficking activity. On the night of Desiree Robinson’s death, the girl was reportedly brought to meet the defendant by two people who were unknown to her family. The website backpage.com is regarded by the Cook County Sheriff’s Anti-Trafficking Task Force as a vehicle for pimps to manipulate young people for money,” a Romanucci & Blandin, LLC release on the civil case read.

“My family cannot begin to explain the horror and the pain of this situation,” Ambrose said. “Knowing that my daughter was victimized by people, by a business and by a system that destroys young lives. My daughter was a beautiful child, involved in her school and community, and our lives will never be the same without her. This awful system must be stopped so that Desiree’s experiences never happen to another young person again.”

Yvonne Ambrose’s attorneys wouldn’t let her talk to reporters about how her daughter had ended up as a victim of sex trafficking, but she talked about her life as a good student – a girl ready to help the needy.

“November of 2015, for Thanksgiving, her and I fed the homeless with our church,” Abrose said. “She was very actively involved in church.

“Involved in all sorts of sports in her schools. She excelled at everything. Track and field, basketball. You name it. She excelled.”

Ambrose’s attorneys said Backpage coaches sex traffickers on how to write ads so they can fly below the radar of law enforcement.

The lawsuit asks for damages.

“The tragic manipulation, sex trafficking and murder of Desiree Robinson exemplify the horrific abuses taking place on Backpage.com every day. This complaint goes after Backpage.com and others who knowingly encourage and make money off this disgusting activity. We are committed to making sure this egregious behavior stops and that those responsible are brought to justice,” said Gina Arquilla DeBoni, Managing Attorney, Romanucci & Blandin, LLC, in a statment.

Backpage agreed to take some “adult services” ads off its website – but some have questioned whether it’s living up to that.

WBBM has asked Backpage.com for a response.