Mother Speaks Out After Son is Put on Wrong MPS Bus 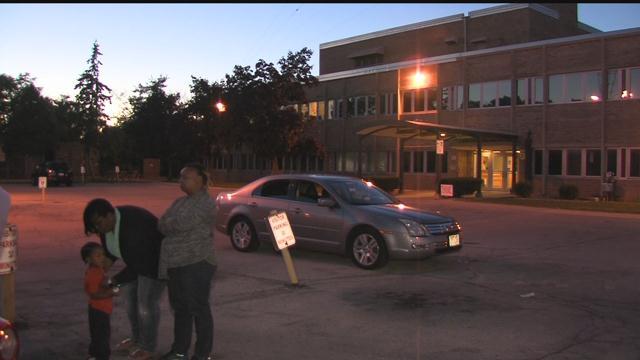 A scary situation for some Milwaukee Public Schools students and their families. One mother said her son was put on the wrong bus, and he wasn't seen for several hours. For nearly three hours, Shaena Davis wondered where her ten-year-old son Tashawn was. He went to his first day of school at Hawley Environmental School, and when he didn't come back home a few minutes past 4 p.m., panic set in.

Davis told us her son was brought to an address that he hasn't lived at for quite a while, even though she said she called the school district to update her son's information. She said she was given his new bus number, bus stop, pick up and drop off times, but thinks a miscommunication meant that information didn't get to everyone. Tashawn said he tried to get on the right bus, but people at Hawley Environmental Said that wasn't the right one, so round and round he went on the wrong bus for nearly three-hours.

"At 6:30, we started moving," Tashawn said. "I was about to start crying, but I knew I was gonna get home eventually."

His mother, Shaena, made phone call after phone call, and was relieved when she finally found where he was.

"I almost crashed, I felt like I was gonna pass out, I was just thinking like 'Lord, bring me my baby back'," Davis said.

The school district said drivers followed protocol. When a child isn't able to be dropped off at their home, whatever the reason may be, they are brought to MPS headquarters to a care facility until they can reach their family. An MPS official said all kids are back with their families. Shaena Davis said her son will be picked up and dropped off at school by family members for the time being.