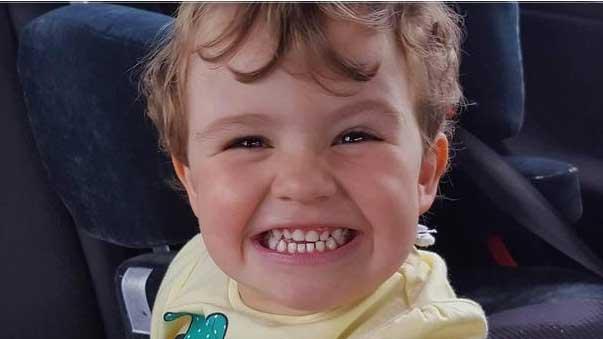 (CBS NEWS) Marie Stark is fighting for her 3-year-old daughter Ava’s life. The family, from Lochgelly, Scotland, has been playing a waiting game since March 2015, when Ava fell ill and was rushed to the hospital.

At first, doctors thought she had leukemia. But Ava was eventually diagnosed with an inherited bone marrow failure syndrome, a rare blood disorder that affects the production of red and white blood cells and platelets. She needs a stem cell transplant to save her life.

Ava has now lost out on not one but two donor matches over the course of just a few months. The first donor, matched anonymously through a registry of nearly 30 million people, had to drop out of the procedure in July.

As if that weren’t devastating enough, Stark got a call on Tuesday that their second donor could not go forward for medical reasons – just hours before they were set to leave for the hospital to prepare for the procedure.

“I assumed everything was fine until we got the call,” Stark said. “We were all packed and ready to go, but it wasn’t meant to be.”

Because of the anonymity of the donor program, Stark can’t get any more information on why the donors fell through. She just has to hope that another match is found quickly, so she is begging the public to join the registry for stem cell donation.

“People don’t know that it’s not just blood you can donate. It’s platelets, and stem cells, and bone marrow,” she said. Her goal is to spread awareness in the hopes that a third match can be found for Ava, or another person in need. Stark says a “crazy” amount of support has come in from all over the world.

For now, Ava is getting by with regular platelet transplants and blood transfusions –  but that won’t last forever.

“The doctors are working constantly for other options ... I always ask them, ‘How long will she be able to keep getting transfusions?’ At some point, her body won’t produce antibodies anymore,” Stark explained.

Because Ava’s immune system is so vulnerable, aside from trips to the hospital, she can’t leave her home because of the risk of infection. But Stark says her daughter isn’t discouraged by her condition.

“She’s so happy, all the time. Even when she’s tired, she’s still happy. She’s just like any other 3-year-old, except she can’t go out the door.”