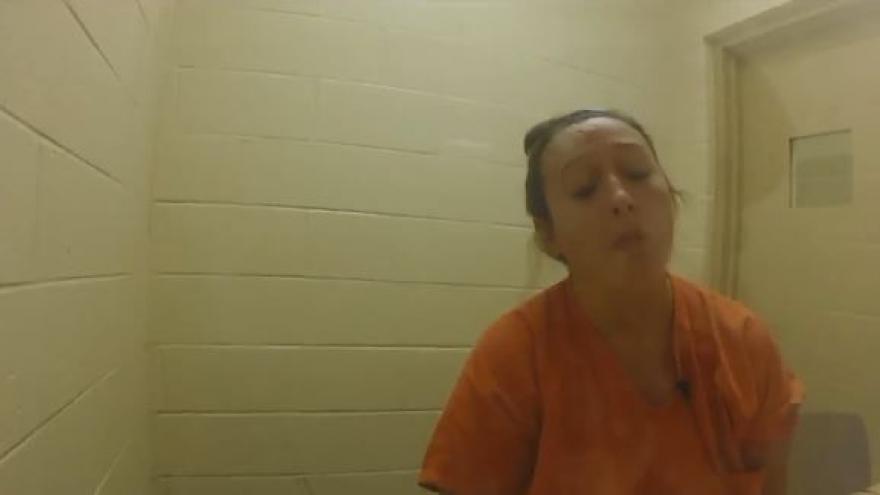 VIRGINIA BEACH, VA (WTKR) - From behind protective glass at the Virginia Beach City jail, Julia Byrdic tells only News 3 why she took her son from his grandparent's Wisconsin home on Sunday.

"I went up there with the full intention of just spending the Christmas week with him and then coming home. Then he got into my car got and said, 'Please, mom, please don’t send me back there.' I said OK."

Byrdic was arrested in Virginia Beach yesterday. Police say she was found in a home on Banyan Drive around 3:30 p.m.

According to Byrdic, she was born and raised in Virginia Beach. The home she and her son were staying in belongs to her grandmother.

Byrdic tells News 3 she feared her son, Mason, was in danger. Police have not released any information to confirm that allegation.

Byrdic's mother tells News 3 she was diagnosed with cancer. Byrdic says she has been trying to get her son back, but has been unsuccessful.

On Sunday, December 23, Byrdic says she drove to Wisconsin to spend the holidays with her son. When she arrived at the house she says her son asked her to take him away.

"Any mother who loves their children, I don't care what the law says, you do what you need to do to save your kid or help your kid," Byrdic said.

According to the Sauk County Sheriff’s Department, Mason was reported missing on Sunday night. In a Facebook post, the department said, "Byrdic failed to return the child as agreed upon and it is believed that Byrdic fled out of State with the child. It is believed that Byrdic was operating a blue sedan rental vehicle at the time and has since turned off her cell phone."

Once Mason was found, the department updated their post with this information:

"In coordination with the Virginia Beach Police Department, Officers were sent to this location and as a result, found Julia and Mason hiding in a back bedroom. Julia Byrdic was taken into custody under the charge of Interference with Custody-Beyond Visitation which is a Class F Felony."

Byrdic is being held at the Virginia Beach City Jail while waiting to be extradited to Wisconsin. She says she does not regret anything she has done.

"As a mother, you do what you have to do for your child. I do not regret it at all," she explained.

Byrdic says she has hired an attorney and plans to take legal action to get custody of her son back.