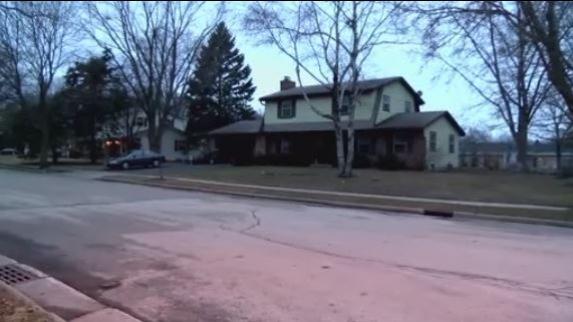 Waukesha Fire Department made an unusual discovery Sunday night.  They were initially called out for a welfare check at a home in the 2200 block of Melody Lane.  Upon arrival crews noticed a strong smell of ammonia around the home.  After investigation, more than 300 chinchillas were found.

Police who responded to the home say the living conditions were deplorable for the human family and more than 300 chinchillas kept in cages on the main floor.

The conditions were so bad, Waukesha's fire marshall condemned the home, and the family is now staying elsewhere. The chinchillas are staying at HAWS in Waukesha.

\"It was the worst I've ever experienced in my fifteen years,\" said Waukesha Fire Marshall Brian Charlesworth. Charlesworth has been on many calls like this but he says rarely does it involve calling out the haz-mat team.

\"I had issues with my eyes burning when I tried to just get an initial look in to the home,\" he said.

Firefighters tell us the stench of ammonia was so strong, you could smell it fifteen feet from the front door.

\"The ammonia levels were too high for people to be inside the structure.They were almost twice what safe limits would be,\" Charlesworth said.

You can see in these pictures from Waukesha police the home was loaded with cage after cage of animals. The owners told authorities the chinchillas were part of a commercial business they were running out of their home.

\"There were a lot of things all over the house. The first floor was all mainly animal cages and it was very tight, very difficult to move,\" said Charlesworth.

So many, the Humane Animal Wellness Society of Waukesha was called in.

\"It went from 50 to maybe 160 and ended up being 331 chinchillas,\" said Lynn Olenik, HAWS executive director.

It took hours to remove the animals from the home. Twenty-five of those chinchillas were dead, forty are in bad shape and are receiving care and shelter with the rest at HAWS.

\"Right now the adrenaline is still going they have a job to do. They're working on housing, sexing, healthcare and keeping things clean here. In a day or two it will hit them, the ugliness of what they saw,\" said Olenik.

Officials could not confirm if they animals were pets or being raised for their fur.  The small rodents are prized in the garment industry for their soft pelts.

The owners are now required to pay for the animals' care and upkeep while at the shelter which is costing nearly one-thousand dollars a day.

They do have the option to surrender the animals to HAWS to be adopted across the Midwest.

Charges may also still be pending for them.