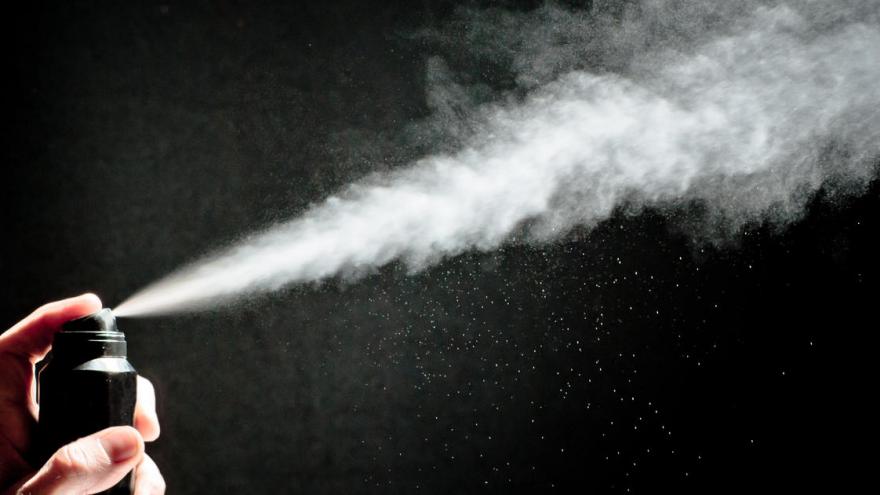 A mother in the U.K. is warning parents on social media about a "challenge" she says left her daughter with severe burns, CBS Local reports. Jamie Prescott said the "Deodorant Challenge" is to blame for wounds on her 15-year-old's arm.

Prescott posted graphic images on Facebook with the warning, saying her daughter, Ellie, participated in the challenge, which involves spraying aerosol deodorant on skin for an extended period.

"For any parents who have children, please, please sit them down and show them these pictures," the post says. "These are the damaging results of something known as 'The Deodorant Challenge' which is currently doing the rounds in Yate" -- a town in England -- "and literally involves spraying deodorant on to someone else for as long as possible."

"The pictures below are that of my Year 10 daughter's arm THREE WEEKS ON which may still as yet require a skin graft," the post says.

Warning: The images below may be disturbing to some viewers

The injured teen said she went to meet some friends in a park when they told her to put her arm out and take the Deodorant Challenge.

"It seems fairly common, a lot of people have showed me their arms after doing it a while ago," Ellie Prescott said.

Jamie Prescott told a regional newspaper, Somerset Live, that her daughter "has to see a practice nurse and go to the surgery once a week." She said the incident happened on April 18.

"This challenge really needs to be made as public as possible," Jamie Prescott said. "It's just horrendous and needs stopping."

The Deodorant Challenge isn't new. As USA Today reported, one Facebook user shared photos a year ago related to the challenge. In 2014, Parentdish UK called it a "craze."

It's also unclear how widespread it is.

Last year, the University of Utah warned about it in its Health Feed blog.

"Depending on how long they spray the aerosol on their skin, kids can effectively give themselves first-, second-, and even third-degree burns," David Smart, a dermatologist with University of Utah Health, said in a post. The burns come from pressurized gas in the spray cooling quickly. The drop in temperature freezes the skin, causing frostbite very similar to a burn, he said.

The post notes that people who use aerosol deodorant aren't at risk if they use it as instructed.

"It takes real commitment, such as the deodorant challenge, to burn yourself with aerosol deodorant," Smart said.

There have been other recent warnings about so-called challenges. In January, a government watchdog expressed concern over the dangerous misuse of a laundry detergent. In the social media fad, teenagers put detergent pods in their mouths and post videos of the results online, calling it the "Tide Pod Challenge."