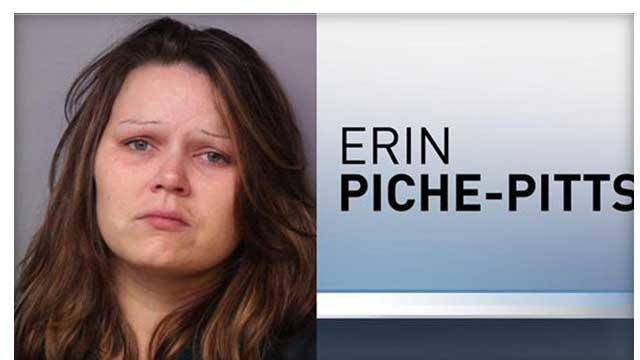 POLK COUNTY, Fla. (CBS NEWS) -- A central Florida woman has been arrested following the second “co-sleeping” death of a newborn within seven years.

Erin Piche-Pitts, 25, was warned by numerous agencies about the dangers of sleeping in the same bed with an infant following the 2009 smothering death of her 13-day-old baby girl, reports CBS affiliate WTSP. That death was ruled accidental.

Piche-Pitts reportedly gave birth to another child, a boy, on Sept. 18. She was warned again by a primary care physician about the dangers of sleeping with the infant during the infant’s Sept. 21 exam, the station reports. Police said the mother had also completed a “Healthy Start” training program and was provided “counseling and information” about how to properly put an infant to sleep on their back.

Despite the warnings, police say on Piche-Pitts fell asleep in her bed with the boy in the crook of her arm Oct. 6 at her Polk County home. She awoke about two and a half hours later to find the infant unresponsive under her, according to the Polk County Sheriff’s Office.

The child was later pronounced dead at a hospital.

Piche-Pitts is charged with aggravated manslaughter of a child due to negligence in the boy’s death. Deputies determined that after the repeated warnings, the boy’s death was “through her own culpable negligence,” reports the Orlando Sentinel.

Deputies say Piche-Pitts has a criminal history which includes charges for burglary, possession of methamphetamines, battery and domestic violence.