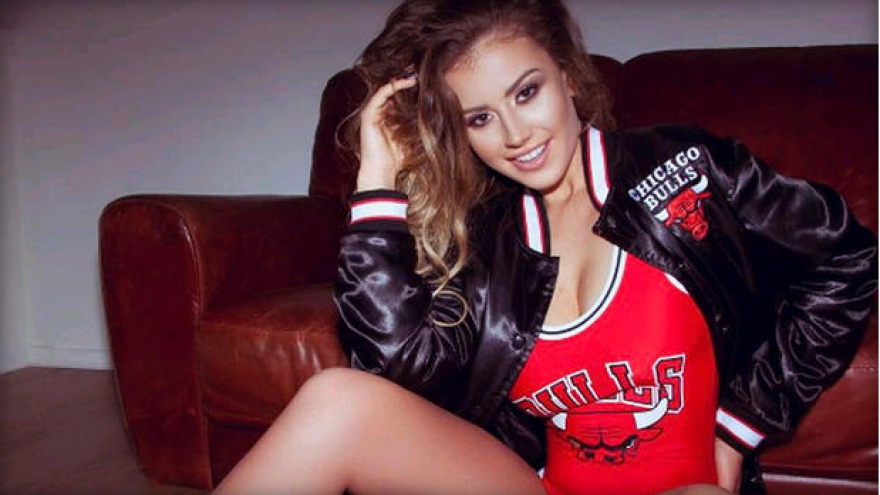 LONDON -- A British model has told reporters about her ordeal at the hands of kidnappers who allegedly planned to auction her off as a sex slave to the highest bidder on the dark web.

Chloe Ayling, 20, told reporters Sunday morning outside her mother's South London home that she didn't know during her week-long captivity whether she would survive to tell the story.

"I've been through a terrifying experience. I've feared for my life, second by second, minute by minute, hour by hour," she told the media, according to various U.K. newspaper accounts of her remarks.

"I'm incredibly grateful to the Italian and U.K. authorities for all they have done to secure my safe release. I have just arrived home after four weeks and haven't had time to collect my thoughts. I am not at liberty to say anything further until I have been debriefed by the U.K. police."

"Attacked, drugged, handcuffed and closed inside a suitcase, that's how a 20-year-old English model was kidnapped on July 11 in Milan to be sold to the best offer," the statement said.

On July 18, the day after he allegedly released Ayling and dropped her off at the British consulate in Milan, the suspect, 30-year-old Lukasz Pawel Herba, a Polish citizen with British residency, was taken into custody. The Milan police said he was jailed for investigation of suspected kidnapping for extortion purposes.

Bucossi, of the Milan police, said in announcing Herba's arrest that the suspect of the "very serious crime is a dangerous person," noting that he had threatened to kill Ayling if she failed to abide by the rules dictated by the criminal gang that alleged captured her.

According to the police, Herba was working for a cybercrime syndicate known as "Black Death," which, according to Ayling's own statement to Italian police, had hoped to auction the model off to a buyer in the Middle East for more than $200,000.

She was drugged, kidnapped and then held allegedly by Herba and another unidentified man for six days at an Italian farmhouse before the gang purportedly decided to release her after discovering she is a mother.

A letter found during a search of a Black Death computer following Herba's arrest explained her release on those grounds, according to Milan police, and laid out rules for her to follow once free, including: "You and your family will, in no way ever talk about us in bad language and without respect."

"Any sort of disobedience with the above will result in your elimination," the letter, as published by The Independent of Britain, concluded.

"He [one of the alleged kidnappers] told me ... That he alone had earned more than €15m (£13.5m) in the last five years and explained to me that all the girls are destined for the Arab countries," she told investigators, according to Italian newspaper Il Giornale.

"When the buyer gets tired of the girl bought by auction (they) can give them to other people, and when it is no longer of interest they are to become a "tiger meal'," she said in her statement to police.

She said she only realized she had been kidnapped when she woke up bound and gagged in the trunk of a car, "only able to breathe through a small hole."

Once realizing they had lured a mother into their trap, the gang reportedly dropped the online auction and demanded about $50,000 in ransom from Ayling's agent in Britain, according to The Indpendent. That sum was never paid before Ayling was dropped off at the U.K. consulate in Milan, however.

The letter found by Italian police on the computer used by Black Death said the decision to free Ayling was made because she was a "young mother," and also thanks to an unidentified man who apparently spoke on her behalf.

"Second important factor you are very well aware of is your overall protection by one of our main and very well respected men who made a very clear and solid stance in your case," the letter said. It was unclear if the reference was to Herba or the other person allegedly involved in the kidnapping, who has not been apprehended or publically identified by police.