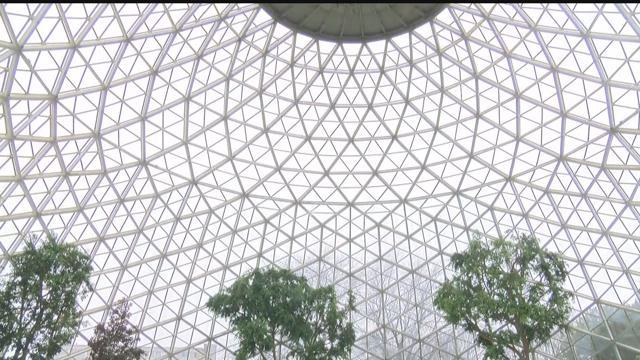 The domes reopened a little more than 24 hours before the first public input meeting for the domes.

All the people CBS 58 spoke with loved the domes.

"My wife and I come here very often -- usually at least once a week," said Patrick Roberts.

He came to the domes today not just to walk around, but to put in his two cents.

"If it was to be restored or rebuilt it would need to have insulated glass," said Roberts. Because insulated glass is heavier, he also proposes a steel frame instead of a concrete frame.

"I love them. I grew up coming to the domes. My mom's last walk on this earth was through the domes, and it's dear to my heart," said Laura Burke. Burke is a master gardener, and proposes building new domes. She hopes they'll go in Mitchell Park and bring along old details.

"...building a new set of domes, keeping the old domes, maintaining them, and proceeding to bring all the flowers in once the domes are created," said Burke.

She also believes state of the art solar paneling and a flow system could allow new domes to be self sustaining.

The concrete structure is outdated, and debris has fallen. The domes were closed for months, the "Show Dome" reopened on Friday with the short-term solution of wire mesh.

"One dome at a time so we're looking at probably another 600 to 800,000 to get the other two domes done," said John Dargle, Milwaukee County Parks Director.

The mesh will be installed on all 3 domes -- keeping them safe for 6 to 8 years.

Major repairs or a new solution is needed for the domes.

"We have options out there from repair replace remove," said Dargle.

Saturday's session marked the first step in finding the right changes for the conservatory.

"It's a national treasure and we hope whatever decisions we make it'll be sustainable for the future," said Dargle.

Dargle says there will be plenty of opportunities for public input. Dargle says they plan to send out surveys, conduct focus groups, and host more forums before they make a decision.