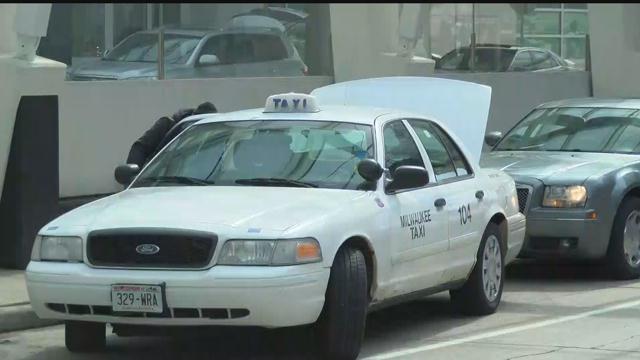 Some taxi drivers say the move to allow Uber and Lyft drivers to pick up people at the General Mitchell International Airport could put them out of business.

On Tuesday airport officials started a pilot program to test how ride-sharing apps would work in the taxi area, according to a press release.

The 90 day test run was supposed to that morning but Uber and lyft had yet to start services. That means the program hasn't officially launched, airport officials said.

Traditional taxi drivers still said they are upset about the decision because they feel they are getting priced out of a job.

It is still unclear how often surge price increases will effect the airport.

Taxi drivers said their rides cost more because they have to follow rules and processes specifically laid-out for taxi drivers while Lyft and Uber drivers do not.

"This permit right there I bought it for $400 to function at the airport plus commission and insurance too," taxi driver Aboubacar Doumbia said.

"And they don't. So we should have the same rights. We might quit the job maybe cause it's going to be a real cut for us. It won't be useful for us to be there," Doumbia said.

Milwaukee County Executive Chris Abele said in a press release that although allowing ride-sharing at the airport is a temporary policy he's hopeful it will be made permanent at the end of the trial period.