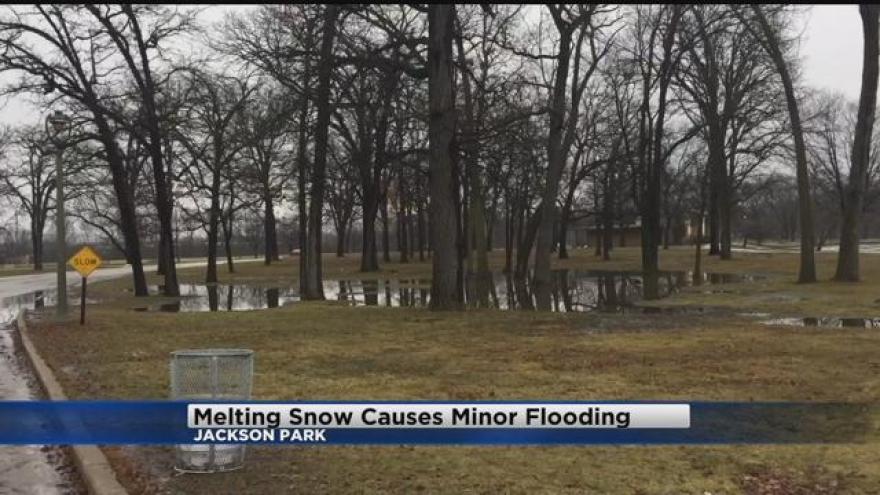 There was minor flooding at Jackson Park on Tuesday.

A combination of snow melt and rain creating deep pools of water in the picnic area.

Traffic is still getting through.

The water that was covering the roadway the night before went down quite a bit overnight.

The lake looks ready to spill over, but it appears icing over has begun again at the water's surface.

CBS 58 Ready Weather says rain and showed should subside, along with the fog.

Then another shot of rain/snow mix is possible later in the day into the evening.