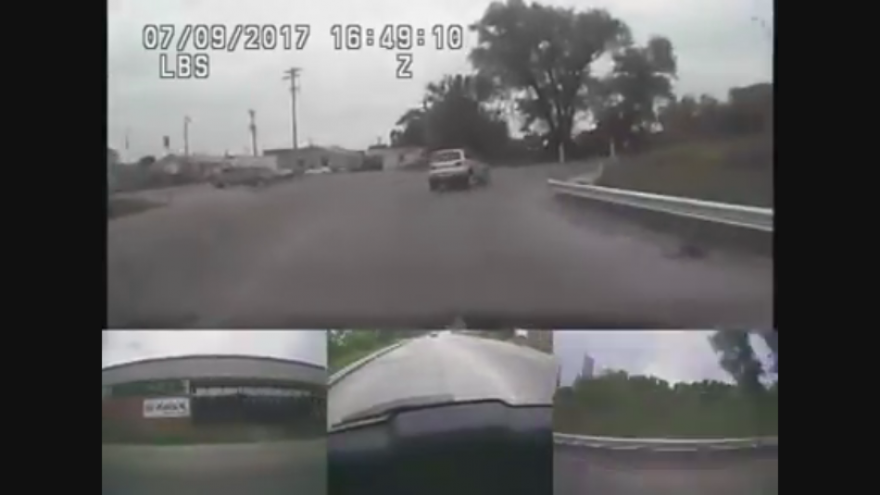 LA CROSSE, Wis. (AP) -- La Crosse police say a man who crashed a car into creek following a weekend chase has died of his injuries.

Authorities say 19-year-old DeShawn Huff, of Winona, Minnesota, was driving a stolen vehicle last Sunday when police tried to stop him. He sped away with police in pursuit. Police video shows Huff veering off a street and into Swift Creek.

Officers went into the water and threw ropes to Huff but he was unable to grab them or stay afloat.

A water rescue team was called and pulled Huff from the water. He was taken to Gundersen Health System hospital.

Police said Wednesday that Huff has died from his injuries.