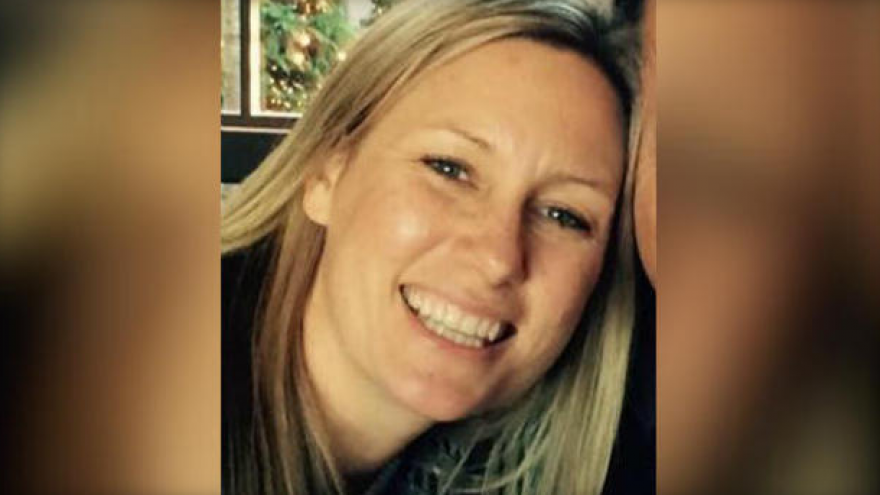 MINNEAPOLIS -- A Minneapolis police officer who shot and killed an Australian woman in July turned himself in Tuesday after a warrant was issued for his arrest, his attorney said. A jail roster said he was held on third-degree murder and second-degree manslaughter charges.

Officer Mohamed Noor shot Justine Ruszczyk Damond, a 40-year-old life coach on July 15 minutes after she called 911 to report a possible sexual assault in the alley behind her home. Damond's death drew international attention, cost the police chief her job and forced major revisions to the department's policy on body cameras.

At a press conference on Tuesday afternoon, Hennepin County Attorney Mike Freeman told reporters that he filed charges because Noor abused his authority to use deadly force.

Noor, who has been on paid administrative leave since the shooting, was also fired. In a statement after the charges were filed, Minneapolis Police Chief Medaria Arradondo says Noor's time with the police department ended Tuesday. Arradondo doesn't specifically say that Noor was fired, but he says that he delayed employment decisions in this matter at the request of prosecutors so it wouldn't interfere with the criminal investigation.

In a statement, Arradondo said "I am sorry" to Damond's friends and family.

"I know that those three words will not bring Justine back, but I want you to know that I am deeply saddened and truly sorry for her death and for your tragic loss," the statement said.

Freeman says the law prevents officers from being charged unless they are "unacceptably reckless." He says he agrees with that.

He says Noor "violated the rules, and deserves to be charged" in Damond's death.

A criminal complaint unsealed on Tuesday afternoon states that there is no evidence Noor justified his decision to use deadly force, and instead he recklessly fired his handgun. The charges accuse Noor of third-degree murder for perpetrating an eminently dangerous act while showing a "depraved mind" without regard for human health.

The second-degree manslaughter charge alleges he acted with "culpable negligence creating unreasonable risk." Noor has not spoken publicly about the case. His attorney, Thomas Plunkett, confirmed Noor turned himself in, but had no other immediate comment.

In a written statement, the family of Justine Damond says the charges against Noor are "one step toward justice," adding that they hope for a strong case that leads to conviction.

Justice "demands accountability for those responsible for recklessly killing the fellow citizens they are sworn to protect," they wrote.

A policeman who was with Noor at the time of the shooting, Matthew Harrity, told investigators that he was startled by a loud noise right before Damond approached the driver's side window of their police SUV. Harrity, who was driving, said Noor then fired his weapon from the passenger seat. Damond died of a gunshot wound to the abdomen.

The officers did not turn on their body cameras until after the shooting, and there was no squad camera video of the incident.

The lack of video was widely criticized, and Damond's family members were among the many people who called for changes in procedure, including how often officers are required to turn on their cameras.

The shooting also prompted questions about the training of Noor, a two-year veteran and Somali-American whose arrival on the force had been celebrated by city leaders and Minnesota's large Somali community. Noor, 32, had trained in business and economics and worked in property management before becoming an officer.

Then-Chief Janee Harteau defended Noor's training and said he was suited to be on the street, even as she criticized the shooting itself. But Harteau - who was on vacation when the shooting happened and didn't make her first public appearance until several days after the shooting - was forced out soon after by Mayor Betsy Hodges, who said she had lost confidence in the chief.

Harteau's replacement, Medaria Arradondo, quickly announced a policy change requiring officers to turn on their body cameras in responding to any call or traffic stop.

According to personnel records that were publicly released after the shooting, Officer Mohamed Noor was hired as a cadet in March 2015. In September of that year, he received a letter saying he passed his Peace Officer Licensing Examination and was eligible to become a licensed, sworn officer.

The records also show Noor took multiple training courses, including recent in-service training about active shooter situations during the Super Bowl, which was held in Minneapolis earlier this year. His file also says he passed all of his annual semi-automatic, handgun and shotgun qualifications, but there are no additional details about how he performed.

According to reports by CBS News, Noor and two other officers were sued last year for false imprisonment, assault, battery, and negligence for their alleged conduct during a welfare check.