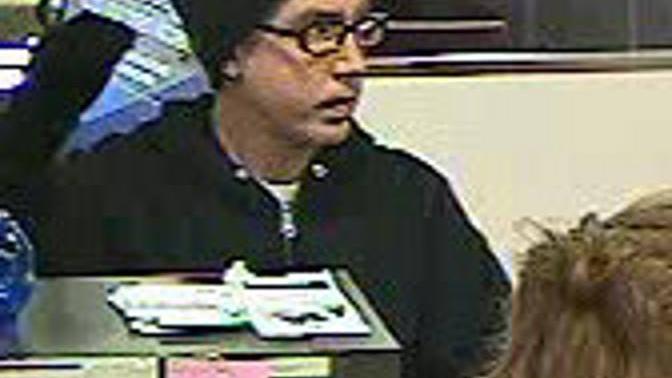 The FBI office in Milwaukee is looking for a bank robber that hit the Southport Bank in Kenosha.

The robbery happened during the afternoon of November 4th.

Witnesses described the suspect has having \"pasty white\" skin, almost to the point that it appeared that he had make-up or paint on his face.

Bank tellers said they could see his eyes and that they were light colored hazel or blue.

After the robbery, the suspect took off in a vehicle outside the bank.

The FBI said the suspicious facial coloring and glasses are two big clues.