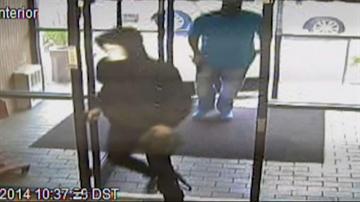 MILWAUKEE-  The city of Milwaukee and the rest of Southeastern Wisconsin continue to see bank robberies on a regular basis.

There were five men working the robbery and they each had a role.

Two men vaulted the teller counter to get the money, another acted as a floor manager, one was a lookout, and the fifth was the getaway driver.

The FBI said these men are dangerous and added that they don't usually see robbery crews of this size.

The getaway vehicle was a stolen car and the day after the robbery it was spotted by Milwaukee police.

MPD arrested the suspect in the car, but the FBI believe the five robbers are still out there because they don't know if the man arrested is actually connected to the robbery.