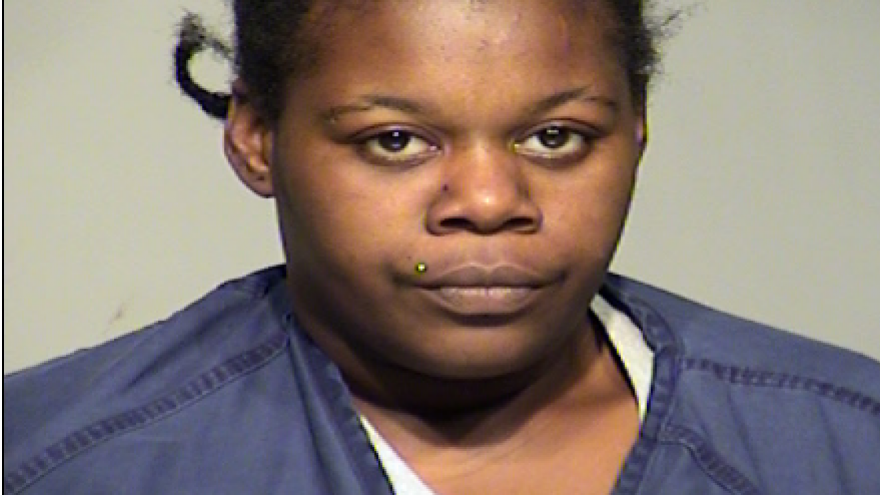 A detective with the Milwaukee Police Department was assigned to investigate allegations of child abuse after a film was uploaded to Facebook. The video depicted an adult female striking a male child approximately 29 times on his bare buttocks with a belt.

According to the criminal complaint, the video starts with the victim standing in a room with his pants pulled down and facing towards the bed. The defendant is standing next to the victim with a belt in her hand and tells him, "I swear to god I am going to kick you through this F*ing wall. I'm not going to go chasing you around this room. I suggest you not move, I am going to F* your A* up if you do." The video allegedly then shows J. McKinney-Williams hitting the victim with a folded belt. The video also depicts the victim crying and falling to the ground as the defendant continues to yell and hit him. The video ends with the defendant asking the victim "do you want me to sit on your back?" The victim cries and pleads for her not to. The defendant hits the victim one more time and then grabs him as he is crying. The video shows her sitting on his back with her leg over his head, and hitting him 30 times with the belt. The victim struggles to get free and screams "No" as the defendant repeatedly strikes him. The video lasts almost two minutes and once the defendant is finished, the victim can be seen sobbing on the ground and rocking back and forth.

The defendant, J. McKinney-Williams, stated that she had been whooping her children with a belt for over a year and sees nothing wrong with it.

During a medical examination, doctors observed over 40 looped and linear injuries all over the victim's body. The injuries were definite for abuse and inflicted trauma.