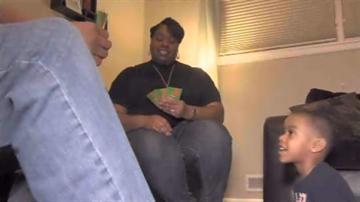 MILWAUKEE-Lakesha Johnson has seen it all since being diagnosed with Multiple Sclerosis: blurred vision, numbing of her legs, and tingling in her arms.

It has hindered her ability to take part fully in the lives of her young son and husband.

She's been in this battle since 2007. Traditional drugs and chemotherapy have helped only a little. The symptoms keep coming on.

Diagnosed in 2007, traditional drugs have failed her, chemotherapy with steroids..but the symptoms keep coming on..

There was new hope recently when her doctor told her she was an excellent candidate for a stem cell transplant study at Northwestern Memorial Hospital in Chicago which uses ms patients' own stem cells.

Dr. Richard Burt developed the treatment and is heading the study.

He discussed the results recently with anchor Michele McCormack.

\"Their neurological disability reverses,\" Burt said of his patients. \"They improve neurologically at six months. They're better at one year than six months and the maximum improvement is two years after the procedure  with reversal of what had been neurological deficits.

Dr. Burt says hundreds of patients from around the world have come to his lab to inquire or take part in his study. The cost about 125 thousand dollars.

\"Most insurance companies pay,\" says Dr. Burt. \"Medicaid which is federal pays as does medicare in Illinois at the state level. But there are some rare companies who do not.\"

And Lakesha Johnson's health insurance provider is one of the rare exceptions.

Dr. Burt says his attempts to explain to the insurance provider why he considers his treatment valid have fallen on deaf ears.

\"This is a process of getting certain people who have put blinders on  and have said no to get them to listen.\"

Dr. Burt says Johnson's' insurance company through her husband's work, Blue Cross Blue Shield of Minnesota\" has refused to look at his data.

Lakesha Johnson has filed a claim and gone through the appeal process several times.

It was then at the urging of a friend and  when she was feeling her lowest after yet another chemo session, that Johnson did something she never imagined; she went public with her private struggle.

She started a blog, facebook page, and even posted her story on YouTube under the name \"Johnson's Footprints\" asking anyone who can help to please donate money.

Since CBS 58 News first covered her story in February the insurance company has not changed its mind. Dr Burt is still willing to talk to anyone he can to explain the effectiveness of the transplant.

\"I try to do what's best for the patient,\" said Dr Burt. \"If I were this patient I would want this procedure. Her neurologist referred her here for this procedure. Insurance companies look at things a different way. They have to look at global perspective of all patients. They have a limited amount of resources. They have determinations on what they pay for and don't.  What's not understood  and what is frustrating for me and this insurance company is that I've offered many times to come to their meetings where they make these decisions  so they're educated about what we're doing  and they've always declined.\"

Dr Burt also claims that his one time treatment will pay for itself in 18 months and is more cost effective than other accepted therapies and drugs that are out there now.

LaKesha Johnson is not giving up. She says she has to live for her son and will try to avoid a painful repeat for her husband who watched his father deteriorate to an auto immune disease.

Lakesha is suffering from ill effects of  another chemo treatment but her family is hosting another fundraiser.