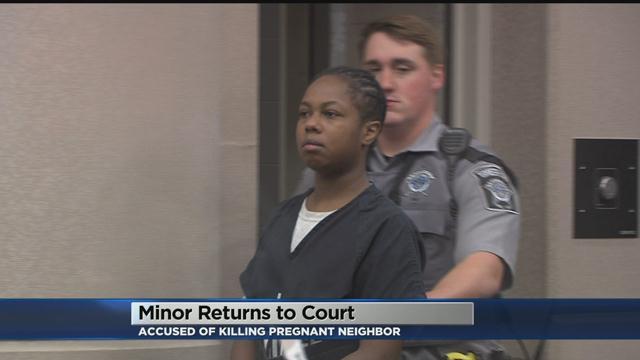 A Milwaukee woman who was on the FBI's most wanted list is bound for over trial on a charge of killing a pregnant neighbor over loud music.

A court commissioner this morning found there was probable cause to continue the case against Shanika Minor after hearing from a Milwaukee Police Detective.

James Hensley testified about what Minor's mother told him shortly after Tamecca Perry, who was 9-months pregnant and her unborn child were killed last march.

"She stated that she went downstairs where Shanika Minor and Tamecca Perry were arguing, she got between the two of them, she was telling Tamecca to go inside her residence and she was telling Shanika Minor to leave, when Shanika reached over her shoulder and shot Tamecca,” said Detective James Hensley/Milwaukee Police Department.

Minor was arrested two weeks ago in North Carolina just days after she became the first person from Milwaukee and only the 10th female to appear on the FBI's 10 most wanted list.