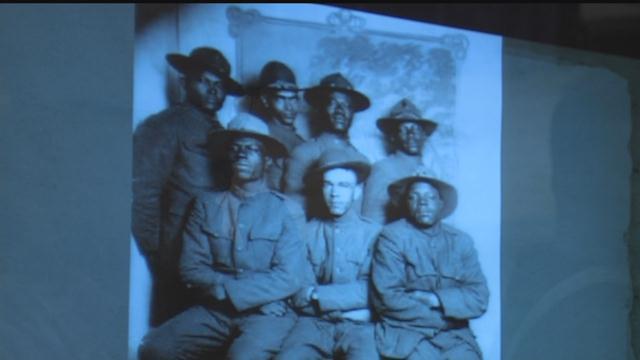 The ceremony was started 17 years ago by a returning Vietnam Veteran, William Carr, who didn't think his fellow brothers in arms received the respect they had earned on the battlefield when they returned state side.

"This is the only program in the VA Medical Center system in North America that has a program of this magnitude," explain Carr. "It's for a specific color which is the African American veterans."

Carr said he very much appreciates the help he received at the V.A. It is another reason why he enjoys Zablocki hosting the event he first envisioned as a newly returned Master Sgt.

There was a full hour of patriotic music, before food was served.

There was also a video presentation tracing the contributions of African Americans to the military dating all the way back to the Revolutionary War.

Veterans and their families packed the presentation, making it arguably one of the larger Black History Month events in the area.