MILWAUKEE (CBS 58) -- President Donald Trump and Vice President Mike Pence will be in Milwaukee at the University of Wisconsin-Milwaukee Panther Arena Tuesday, Jan. 14. The Keep America Great rally is scheduled for the same time as the Milwaukee Bucks tip off against the New York Knicks just down the street at Fiserv Forum.

"We have a group of us that are coming, and I like being number one," Smith said.

Smith and her friends are always in the front row when they go to President Trump rallies, and they go often.

"Quite a few rallies. Probably 40. I did the MAGA rally down in Orlando. We did Washington D.C. for the fourth of July."

The Milwaukee Bucks are opening up their doors at 5 p.m. That's 30 minutes earlier than usual for their 7 p.m tipoff. The Bucks are advising anyone who goes to the game to arrive early.

Milwaukee Police Chief Alfonso Morales says you can still go downtown Tuesday, even though it will be crowded.

"This isn't the DNC," Morales said. This is normal. You'll be fine. Traffic will be a little congested, but we'll be fine." 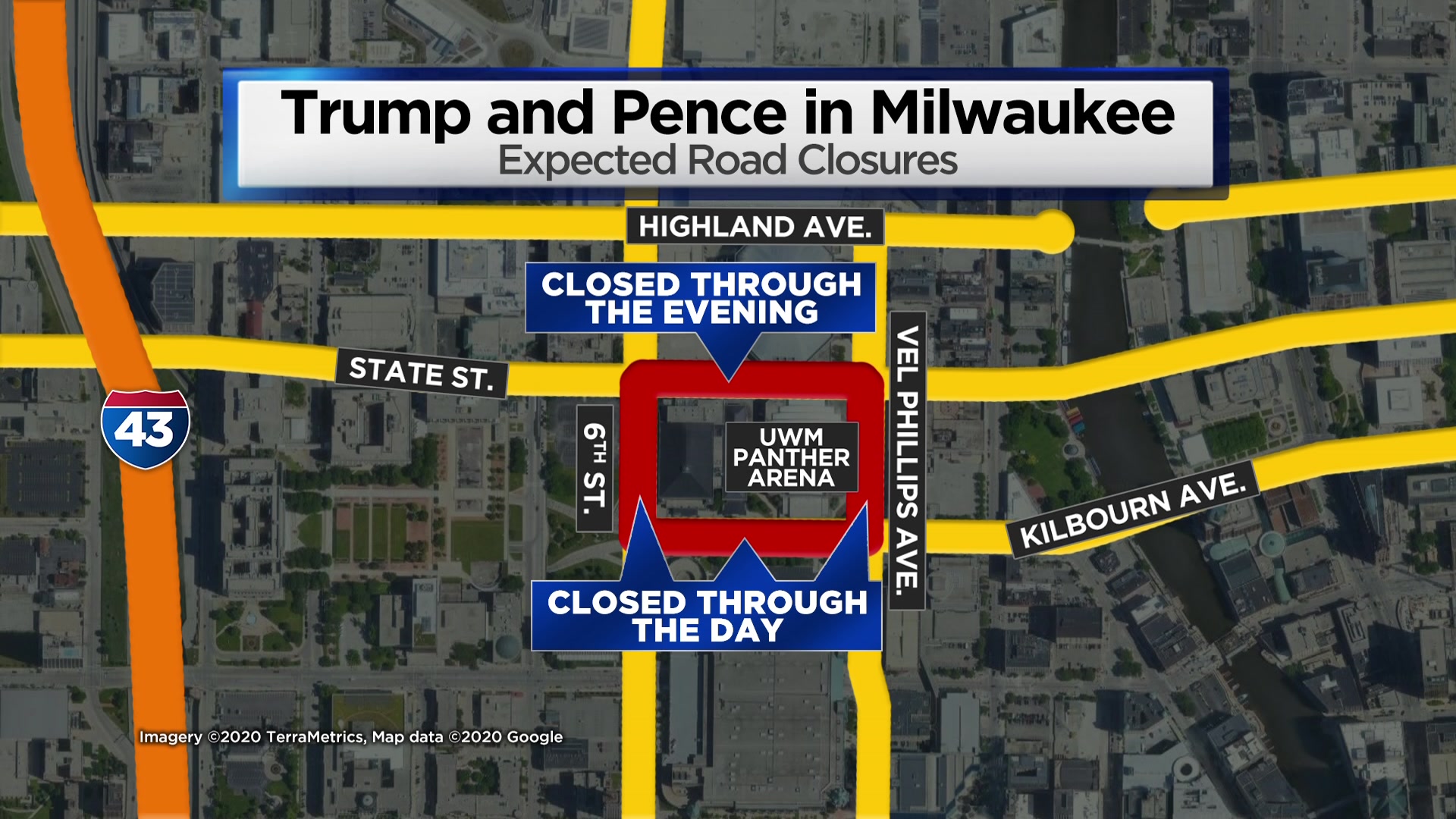 Morales says the department can handle security, but other agencies are prepared to step in.

"We have a great relationship with our surrounding jurisdictions. And they will be available to help us if need be. So we are in communication with the county sheriff, Sheriff Lucas, and our MCLEA partners, which is Milwaukee County Law Enforcement Executives."

The UWM Panther arena has a capacity of 12,700. Fiserv Forum has a capacity of about 17,300. There is an overflow area in the parking lot across the street from the Trump rally for anyone who wants to go, but couldn't get tickets.

The Trump campaign will be airing the speech on a large screen.

According to a MPD press release, street closures will begin at 12 p.m. and are expected to reopen at 10 p.m.

The streets impacted are as follows:

Intermittent access will be allowed to the parking lot at North 6th Street and West State Street.

Parking will be allowed in the parking lots in the area; however, there will be no on street parking at the following locations: