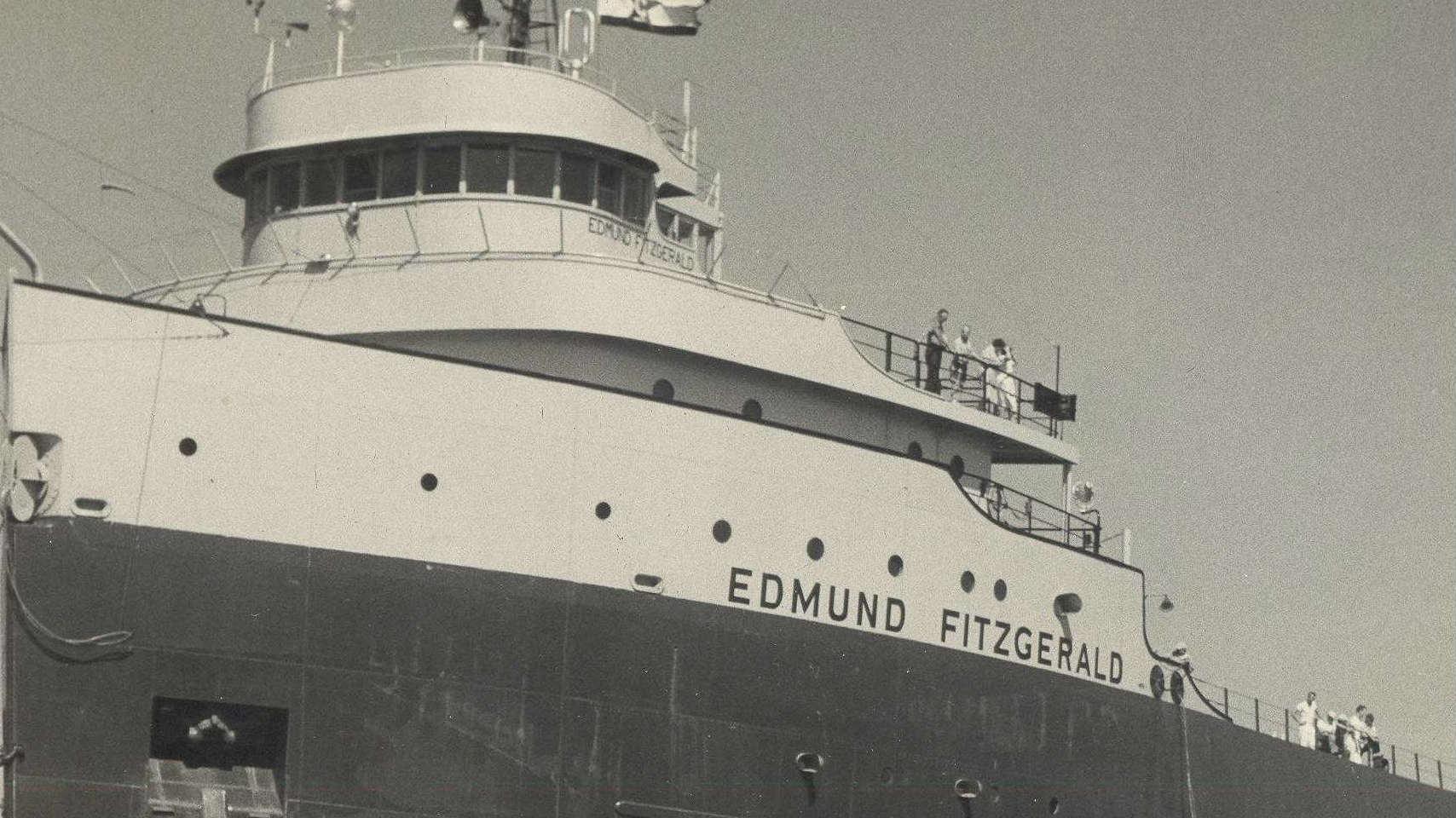 It's been 40 years since the Edmund Fitzgerald sank in the chilly waters of Lake Superior, killing the 29 passengers aboard.  There is still great debate as to what caused the mighty freighter to end up at the bottom of the lake, 17 miles northwest of Whitefish Point, Michigan, in Canadian waters. The disaster happened during an intense November storm with 70-knot winds and 25-foot waves.

The day before, the iron ore carrier had left Superior, Wisconsin and was headed to a steel mill in Detroit. The ship, captained by veteran skipper Ernest McSorley, was joined by the freighter Arthur M. Anderson a couple hours into the voyage. The two ships encountered worsening seas as they steamed east along a northern route across the lake. The Arthur M. Anderson survived the ordeal.

The vessel now rests in 530 feet of water.  In 1995, the Fitzgerald's 200-pound bronze bell was brought to the surface and taken to the Greak Lakes Shipwreck Museum in Whitefish Point, Michigan. A decade ago, the Canadian government declared the shipwreck a protected marine archaeological site.  Expeditions and diving are forbidden.

The Edmund Fitzgerald, 729 feet in length, was named after the president of Northwestern Mutual Life Insurance Company.  The Milwaukee company actually owned the ship. It was launched in 1958 and only came to visit Milwaukee one time, in 1959.

CBS58's Michael Schlesinger had the chance to speak with the Wisconsin Marine Historical Society President, Peter Hirthe, to get a different perspective on the Fitzgerald story.