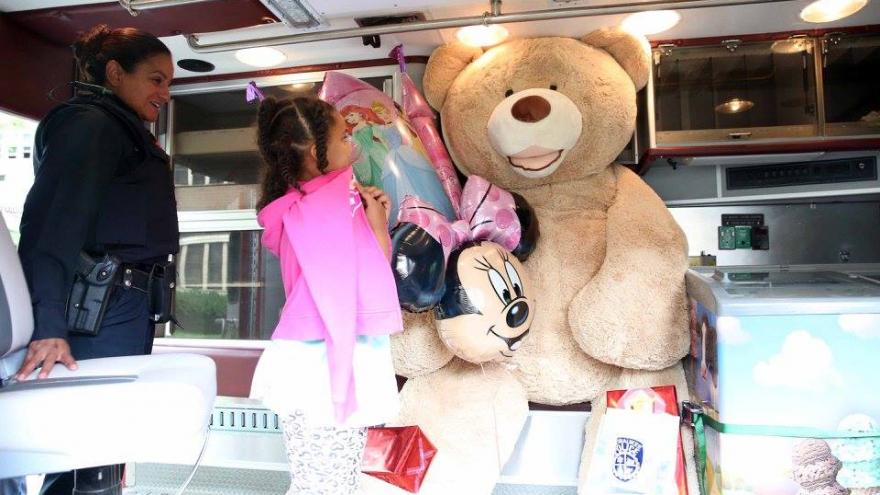 The Milwaukee Police Officers surprised an 8-year-old girl with ice cream and a giant teddy bear on Friday afternoon.. 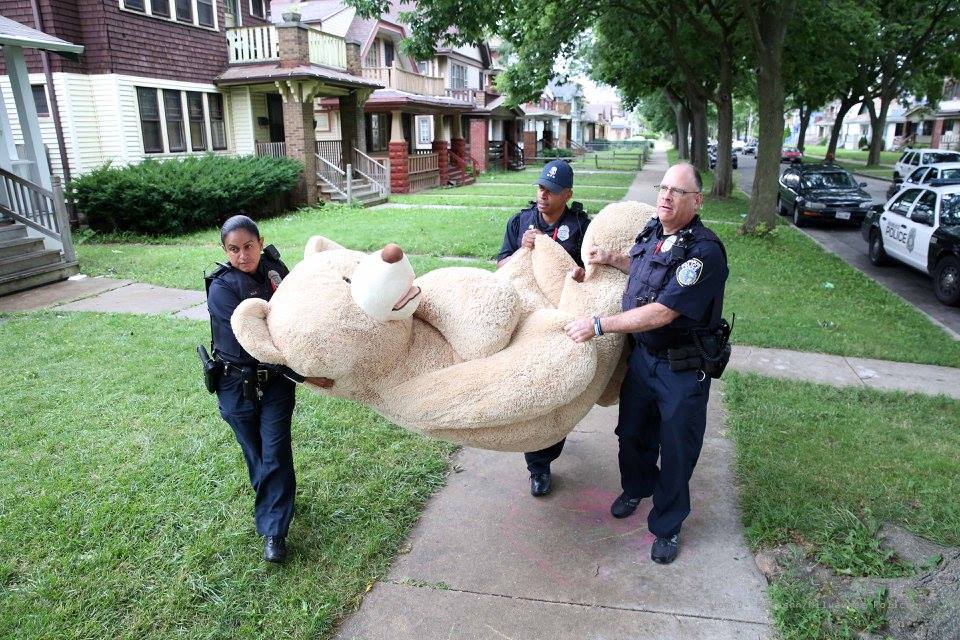 Destiny was injured Monday night when a fight among teenagers down the block escalated into one of them pulling out a gun and firing several rounds.

One round struck Destiny, who was playing in front of her house.

Officers returned to the area with the pol-ice cream truck handing out ice cream to residents on the block and delivering the gifts.

Officers and members of the Milwaukee Police Department’s faith-based partnership also provided information regarding resources on trauma informed care to the family.