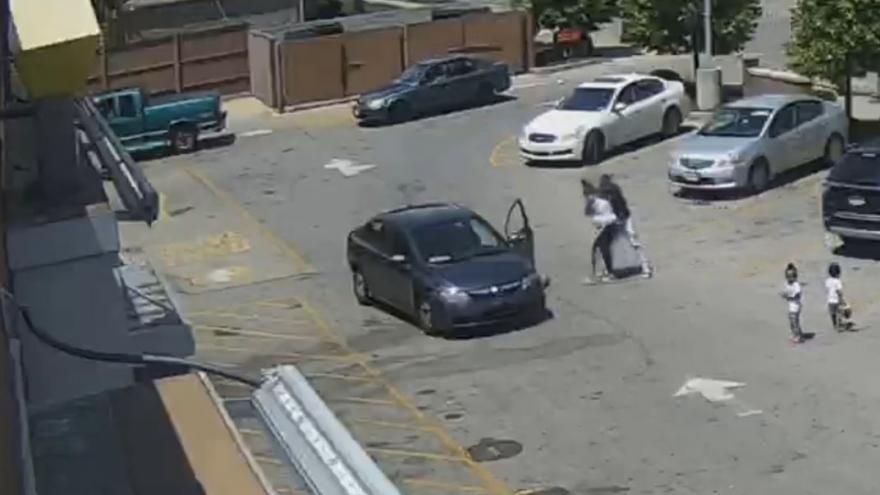 MILWAUKEE (CBS 58) -- Officials say the woman has been located safely by the Milwaukee Police Department.

MILWAUKEE (CBS 58) -- Milwaukee police are asking for the public's assistance in identifying and locating the victim and suspect involved in a possible abduction/battery incident that took place Thursday, July 2.

Police say a witness observed a man grab a woman and force her into a vehicle against her will around 12 p.m. near Teutonia Avenue and Lincoln Creek Parkway.

The victim is described as an African American woman, 20-30 years of age, with a medium complexion and black hair pulled in a bun on top of her head. Authorities say she appears to be 6-8 months pregnant and was last seen wearing a white tank top, black pants with a white stripe down the side. Video from authorities shows two small children with her, who also got into the vehicle.

The suspect is described as an African American male, 20-30 years of age, 5'8"-6' tall, with a medium complexion, short hair and a medium build. He was last seen wearing a dark zip-up sweatshirt and white pants.

The suspect vehicle is described as a 2007-2010 dark blue Honda Civic 4-door with a missing rear bumper and no visible plate.