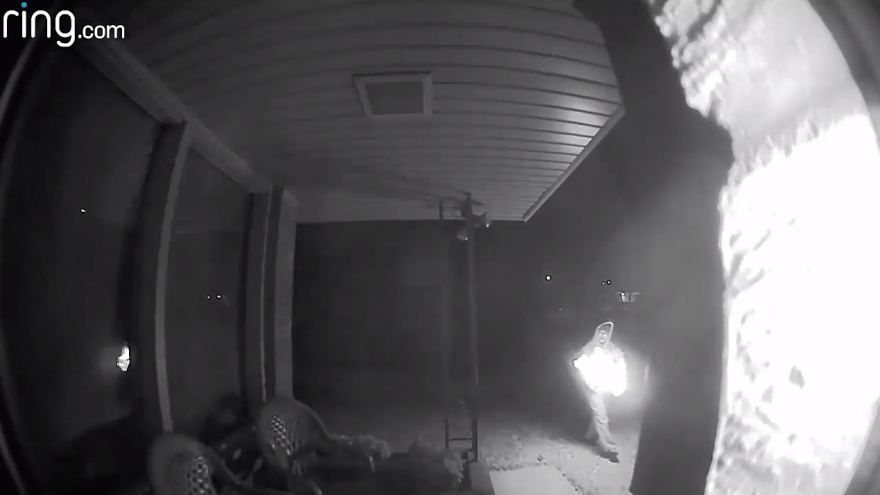 MILWAUKEE (CBS 58) -- Milwaukee Police are asking the public for help in identifying an arson suspect.

"I heard this boom and it was kind of a different type of boom. A boom that woke me up," said the homeowner.

After hearing the bang, the homeowner saw lights outside her window. At first she thought they were coming from an ambulance. She soon realized she was seeing flames and the Molotov cocktail set her front porch on fire.

"When we opened the door it was just fire."

The bottle broke one pain of glass and there was no damage inside the home. The family's Ring doorbell caught the entire incident on video. The homeowner hopes it will help identify the person.

"I just pray they catch him before he does it to someone else," said the homeowner.

The suspect is described as a male of an unknown race, 5'6 to 5'8, approximately 25 to 30 years of age, last seen wearing gray jogging pants, a black t-shirt, a gray zip-up jacket, and large framed glasses. The suspect's left jacket sleeve may be damaged and the suspect's left arm may be burnt.