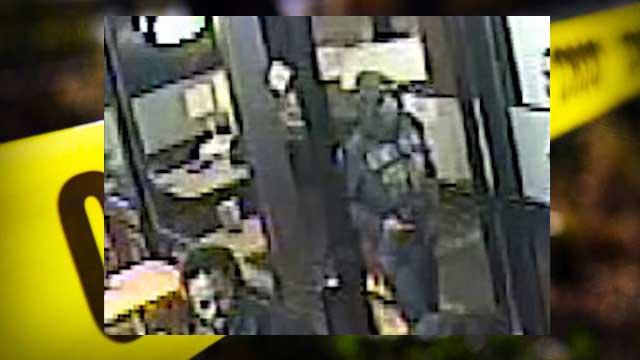 Two suspects are accused of attempting to rob a south side Popeye’s restaurant and shooting a customer at 1567 West National Avenue around 6:00 p.m. on December 27.

The second suspect stayed in the alleyway near the dumpsters to act as a lookout, the first suspect entered the restaurant, armed with a handgun, and tried to rob the business. He was grabbed from behind by a customer who attempted to stop the robbery. During the struggle, the suspect shot the customer and both suspects fled from the scene on foot. The victim was transported to a local hospital for treatment of non-life threatening injuries.

The first suspect is described as a Hispanic male, 5 feet 5-inches to 5 feet 8 inches tall, and 130 pounds. He was last seen wearing a gray skull cap, a gray bandana covering the lower half of his face, a gray hooded sweatshirt and gray pants.

Second suspect is described as a Hispanic male, 5 feet 11 inches tall, 160 pounds, with a slim build. He was last seen wearing gray clothing.