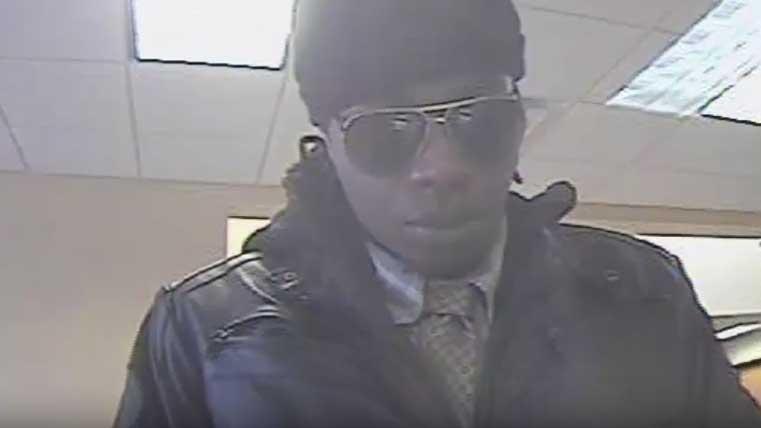 Milwaukee Police are trying to identify a suspect in an attempted armed robbery at Pyramax Bank.

Milwaukee Police are asking for the public’s help in identifying a suspect wanted in connection with an attempted armed robbery that happened around 12:20 p.m. on April 22, 2016 at the Pyramax Bank located at 1605 W. Mitchell Street.

Despite MPD investigating some leads, the suspect’s identity has not been developed and MPD is now seeking more assistance.

The male suspect walked into the bank and gave the teller a demand note that said he had a gun and wanted money. Before the teller gave him the money, the suspect fled from the scene. Prior to the attempted robbery, the suspect rode in a taxicab which was captured on surveillance video.

The suspect is described as a black male, between 25-30 years-old, 5-feet 10-inch-6-feet tall, 180-200 pounds, with a medium build, braided hair, and tattoos on his neck and left hand. He was last seen wearing a black knit hat, a black leather coat with zip pockets, a tan colored dress shirt and tie, dark khaki pants, black gloves, and sunglasses with gold wire frames.