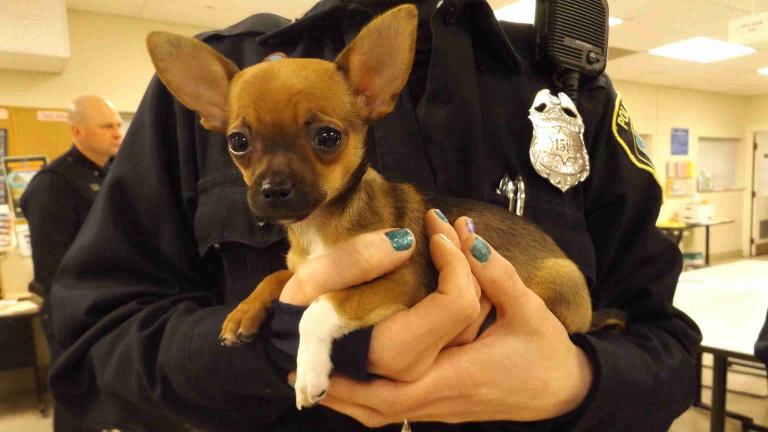 A puppy is back with its owner after officers from Milwaukee Police Department - District Two recovered the animal after it was stolen last week.

Police say the theft happened on January 14 in the 2100 block of S. 15th Street when a woman picked up the three-month-old Chihuahua and ran away. During the investigation, officers found video of the suspect walking outside of a local restaurant. Pictures of the suspect were sent to the media and distributed to District Two officers. MPD says its officers recognized the woman from the photos and were able to identify her as the suspect.

The 20-year-old Milwaukee woman was arrested on January 18 and confessed to taking the dog. In those four days, police say the animal changed hands many times but officers were eventually able to find the dog on January 21 and reunite it with its thankful owner.

Milwaukee Police will present charges in this case against the suspect to the Milwaukee County District Attorney's Office in the coming days.

At the real down owner's home on Thursday, the dog named \"Muneca\" (which means doll in Spanish) seemed no worse for wear after her ordeal.

Owner Antonio Herrera told CBS 58 News that she has done nothing but play with the family and her doggy husband since returning.

But Herrera recalls vividly how despondent he was when he tried to chase after the woman who taken his family's pup.