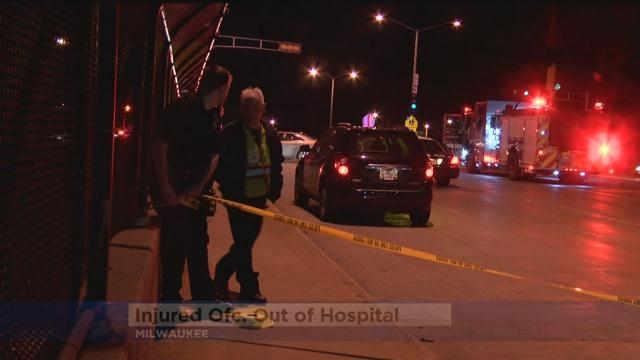 UPDATE: ?Two Milwaukee police officers were cleared of any wrong doing, after shooting and killing armed robbery suspect  Burt Johnson on May 5.

In a letter to Milwaukee police chief Ed Flynn, the chief deputy district attorney said the evidence in this case supports the use of deadly force by officers Jason Daering and Jesse Mattson.

Hundreds of pages of reports, along with pictures and video from that night, were released by the Wisconsin Department of Justice Monday. Neither officer involved in the shooting had a body camera but several other responding officers did capture the chase and the aftermath.

It all started at O'Rilley Auto Parts on 76th and Mill. Surveillance video shows Johnson and another suspect, later identified as Gregory Rounds, pointing guns at employees, who later told police the men demanded money from the safe.

When police arrived the two men took off. Several officers chased Johnson toward the CVS on 76th street. Investigators say that's when Johnson shot at police and kept running. Officers did not fire back.

The chased continued to 73rd street, where police say Johnson refused orders to drop his weapon and once again opened fire on the officers. This time 2 officers fired back a total of 18 rounds. Johnson was hit 10 times and died.

One officer, Shane Bishop, was shot, but was saved by his ballistic vest and only suffered a deep bruise.

Rounds plead guilty to felony murder and will be sentenced November 4.

*****
The Milwaukee Police Officers involved in the death of Burt Johnson were cleared of any wrong doing.

A letter was sent to Milwaukee’s Police Chief Ed Flynn from the Milwaukee County District Attorney’s Office earlier this month.

The incident occurred on May 5 at 8:30 PM at the O’Reilly Auto Parts store at the intersection of Mill Road and 76th Street.

Johnson allegedly robbed the store with an accomplice.

After several minutes, Johnson and Gregory Rounds ran from the back of the store.

Johnson allegedly shot before he continued over a fence and through commercial properties.

Milwaukee Police canvassing the area located Johnson at a residence.

The officers that found Johnson were not equipped with body cameras but other officers were wearing cameras.

According to the letter, the officers made commands for Johnson to drop his handgun.