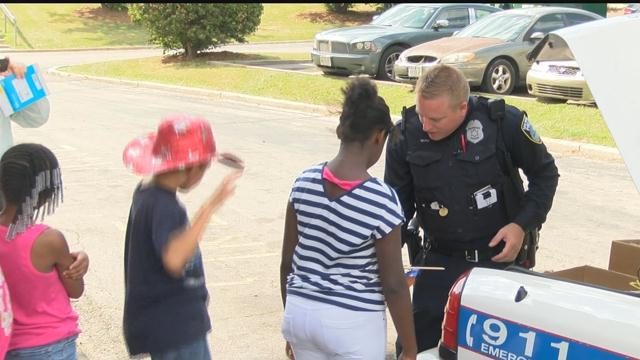 As children in Milwaukee are preparing to return to school, a Milwaukee Police officer is helping them start the year off right.

On his off time and with his own money, Officer Michael Ward, assigned to the Neighborhood Task Force, has been collecting school supplies and will start handing them out to children and their parents.

CBS 58 News was there when he began the deliveries on Thursday afternoon at the apartment complexes at  9001 N. 75th Street.

\"There were times in my family when things were a little lean,\"explained Officer Ward. \"I was fortunate to have teachers and others who noticed that and they helped me. I remember that. It impacted me and imprinted that on my heart.\"

Officer Ward says he considers this a small gesture. He's humbled by the attention its receiving.

Ultimately, he would like to see the kids pay it forward one day and help someone they come across who might be in need.